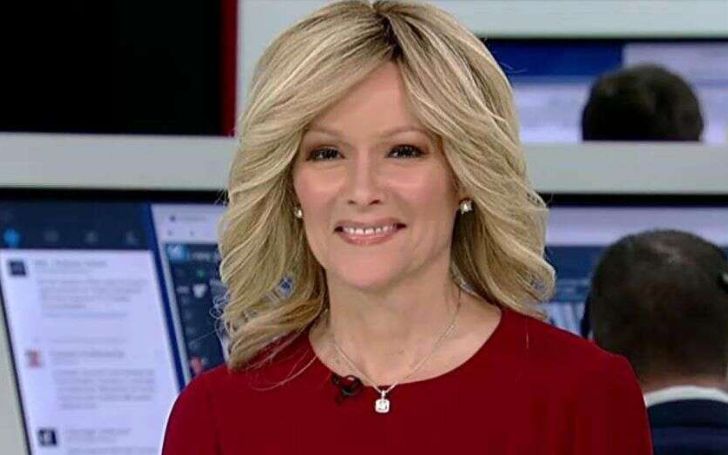 Many strive to become a top journalist, but it isn’t a cakewalk, as there is a tremendous amount of pressure and responsibility for it. Gerri Willis is someone who dedicated his entire career to the field of journalism. Her introduction would be incomplete without mentioning her work as a host of The Willis Report on the Fox Business Network in the past. With significant experience in top networks like FBN and CNN, she not just amassed a colossal fortune but also acquired massive fame. So, today we take you close to the married life, early life, and net worth of the veteran reporter.

With over decades of experience, there isn’t a thing that Gerri Willis has to worry about when it comes to his finances. Specifically, she amasses a whopping net worth of $500,000 as of June 2020. The former host of Fox Business Network’s daytime program ‘The Willis Report’ is an expert in the field of finance and economics, as he dealt with those issues in the past.

While many know Willis from his time at the FBN, she was a host at CNN in the past. In fact, she was the personal finance editor for the network. Moreover, she also hosted a weekly half-hour program titled ‘Your Bottom Line’ that focuses on ways to save American money and the economy’s effects on personal finance. Similarly, before CNN, the diva worked at Smart Money magazine as the senior financial correspondent. Interestingly, she joined the Fox Business Network in March 2010 and appeared across all programming on the network.

You May Like: Christina Macfarlane’s net worth and career details in a brief.

If journalism wasn’t enough, Willis expanded her portfolio to writing business books such as ‘The Smart Money Guide to Real Estate Investing’ and ‘Home Rich.’ Besides, she also won the Excellence in Retirement Savings Reporting award in 2001.

While Gerri Willis remains extremely vocal about her career and knowledge in the field of journalism, she is secretive when it comes to her married life. Well, we do know that she is a married woman. In fact, the diva tied the knot with her longtime boyfriend David Evans in 1994 in an intimate wedding ceremony. The lovebirds dated for quite a while before making the big decision to get married. Unfortunately, Willis hasn’t disclosed anything about her family or children.

Willis and her husband Evans dealt with many obstacles on the way and supported each other throughout everything. The FBN reporter announced her breast cancer diagnosis in May 2016, after discovering an abnormality and seeing her doctor in April 2016. Moreover, she took a leave of absence on work on January 28, 2020, for cancer surgery.

Talking about the birth details, Gerri Willis was born on August 14, 1959, in Spruce Pine, North Carolina. The former CNN host prefers to keep a low profile of her family and her childhood.

Regarding her education, she completed her schooling from Columbia Business School. Later, she completed her graduation from Miami University in Oxford, Ohio. It was there where she was a Knight-Bagehot Fellow as well. Likewise, she was also the Business Manager of ‘The Miami Student,’ which happens to be the oldest college newspaper in the United States.