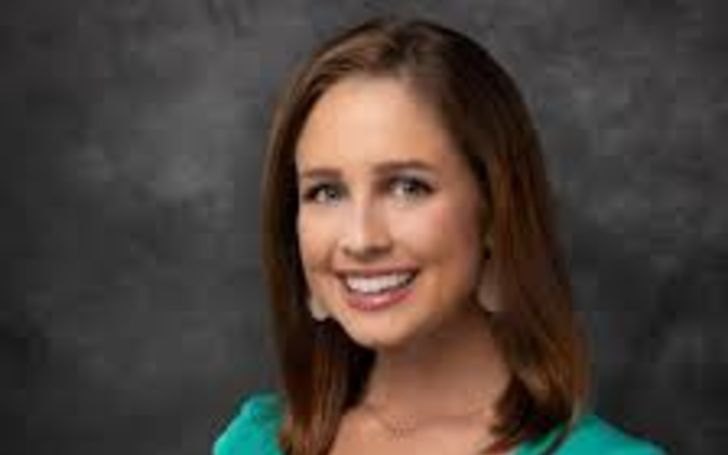 Courtney Carpenter is an American journalist who, at the moment, is working for CW39 Houston News and Weather. Previously, she worked in similar news companies like KBTX Media, Nexstar Broadcasting Group, Inc, and CBS Sports. The talented lady has been around for a while and knows a thing or two about presenting the news audience enjoys watching. Now, let’s take a closer look on her life!

How is Courtney Carpenter Living Her Life? Is She in a Romance?

Most journalists prefer to keep the information about her private life to themselves, but surprising Courtney Carpenter is among the few who do not. Due to her openness on her personal life, it is learned that the lady is married to her husband Adam Carpenter for many years.

From Adam’s Instagram, we learned that the lovely couple tied the knot in the presence of their family and relatives on May 06, 2018. Since that memorable day, they have been relishing their marital life without any disputes.

On the occasion of their second wedding anniversary on May 06, 2020, the news reporter posted a short clip of their nuptial and wished her partner a happy anniversary. In spite of two years into their married life, the duo does not share any children. Well, not read to shoulder the responsibility just yet!

Courtney, however, is an avid animal lover and has a pet poodle, Torrey, whom she considers like her child.

Usually, hands full of work on set and on the field, she likes to spend quality time with her spouse and close ones often going out to travel. Likewise, she posts photos and videos of her life on her social media accounts.

Courtney Carpenter’s Net Worth And Career in Journalism

Thanks to her flourishing career as a journalist for many years, Courtney Carpenter holds a net worth of $600,000. By comparison, her colleague Hannah Trippett at CW39 has a net worth of $700,000.

In her career till now, the talented lady has the experience of working in various news companies. She served as a sports reporter and anchor for Nexstar Broadcasting Group, Inc in Abilene, Texas.

Check out the clip of Courtney Carpenter reporting her job for CW39!

From February 2016 to October 2018, Carpenter worked as a morning reporter for KBTX Media. In October 2018, she joined CW39 as a MMJ and reporter where she has been ever since.

Courtney Carpenter was born in Monroe, Louisiana, United States. However, she considers Springdale, Arkansas, her home.

From her young age, she played golf and was good at it. She enrolled at Dallas Baptist University on a golf scholarship in 2009. The beautiful reporter’s Linkedin account state, she achieved a Bachelor of Arts in Broadcast Communication in 2013.

After her graduation, she interned at CBS Sports as production support for about four months. While at CBS, she traveled and covered the PGA Tour.

If you want to read similar celebrity articles, make sure to check out Featured Biography!