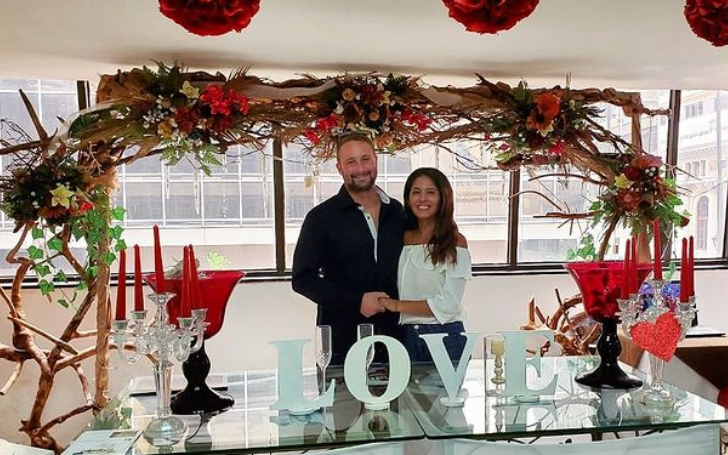 Corey Rathgeber is a reality television personality best known for participating in the “90-Day Fiance.” He has brought his fair share of drama to reality television series, but this is one of the things that has helped him gain popularity among showgoers. Everyone is attempting to keep up with a man who has a lot on his plate. We knew Corey Rathgeber was a popular participant on “90 Day Fiance,” but we didn’t realize his popularity with fans until we looked at his social media. Many admirers discovered that following him on this page is a smart method to stay up to date on what’s going on between him and Evelin.

The artist, like the rest of the cast, did whatever it took to make a profit. Selling items online appears to be one of the more popular ways for the actors to supplement their income, but he got extremely imaginative. Rathgeber toned his figure and then advertised virtual lap dances for fans willing to pay $39 per dance. His virtual striptease was warmly received, but he didn’t reveal anything about the statistics. There has also been no mention of Evelyn’s reaction. He advertised the dances on a website called Fanbound.com. Keep scrolling down to know about his relationship detail.

Corey Rathgeber hadn’t been in Ecuador long when he disobeyed one of their rules and was detained. Despite his history of small run-ins with the authorities, he was arrested this time for drinking and driving. We found that he was arrested a few months ago, and while the courts have not yet processed the matter, it is difficult to predict what will happen due to the offense. In Ecuador, Rathgeber can’t seem to keep out of trouble. While he was detained previously for drinking and driving, he went out and did an entirely other offense.

Due to the Coronavirus outbreak, Ecuador has imposed a severe curfew. Rathgeber broke the curfew law, completely disregarding it, but he discovered what happens when you do. Everyone around him is taking the threat to life and health seriously, and he has been led away from the beach in handcuffs, shirtless. Although Ecuadorian officials regard this infraction very seriously, he is likely to receive simply a ticket and a fine because it is his first offense. However, repeat crimes are likely to result in much harsher sanctions.

Corey Rathgeber and Evelin Villegas have had a difficult time. They’ve been together for six years, but it hasn’t been easy for either of them. Although it is clear that they have a particular relationship, it has been explosive. They’ve been madly in love, then broken up, only to rejoin multiple times during their relationship.

The couple spiced up the show by discussing some of their relationship troubles. They’ve been back and forth for a while, trying to figure out if they can make a go of it together. Evelin was having trouble committing to their relationship, and Corey became tired of it and gave her an ultimatum. Ultimatums aren’t usually well-received. Thus this added to the drama.

There have been countless speculations that Evelin and Corey are splitting up. Corey acknowledged that the couple has had their ups and downs but that despite everything, the two are still in love and are still together. This was the last we heard about it, but it’s unclear what the condition of their relationship will be next week. He stated that the rumors of their breakup were incorrect.

Fans of 90 Day Fiancé: The Other Way has expressed dissatisfaction with announcing that the show’s Corey Rathgeber and Evelin Villegas are already married. The couple’s impending marriage is a major plot point in the show’s new season. In the show’s first two episodes, the pair finally told Evelin’s family and established a date for the approaching wedding after years of delays. Fans had now learned that the couple married in 2019 when the couple officially revealed the news to viewers.

Evelin’s sisters Lipsy Villegas and Lesly Villegas, alleged in episode four of the current season that Evelin had betrayed them for a year regarding the wedding. Corey’s visa was about to expire in 2019, which meant he’d have to return to the United States. The couple claimed that they decided to marry while they were “in a nice place.” The show’s production staff was likewise ignorant of the nuptials. Corey revealed the news on Instagram, saying he and Evelin married “secretly” on June 11, 2019, in Guayaquil, Ecuador.