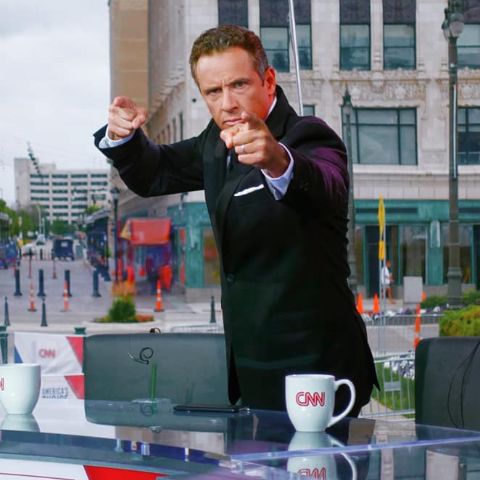 Chris Cuomo, who recently celebrated his 51st birthday, is set to return from a week-long vacation on Monday night to anchor his prime-time CNN show, as he has for the past three years. Cuomo’s world, though, has shifted since he went on vacation.

The Journalist’s older brother, New York Gov. Andrew M. Cuomo, resigned on Tuesday following a state probe that found he sexually assaulted 11 women. The younger Cuomo, who interviewed his brother six times last year and declared him “the best politician in the country,” has been told by CNN not to cover what could be the country’s most significant political issue right now. Critics question whether Chris Cuomo’s friendship with his brother has harmed his neutrality as a journalist in a way that will impact public perception of him in the future.

Cuomo is a boisterous and animated host with boundless energy. Still, part of his TV appeal has always been founded on his membership in a political dynasty, much like Meghan McCain, the late Sen. John McCain’s daughter, who just stepped down as co-host of “The View.” He is the brother of a New York governor and the son of one, Mario Cuomo, who passed away several years ago.

In a 2019 interview, the host referred to him as “son of Cuomo, brother of Cuomo,” referring in the third person to mock the media’s interest in him. “He’s in the center. Nobody wants to be in charge of him. However, the Cuomo family legacy, which was once proudly carved into the history of the Democratic Party, is now soiled.

As Andrew Cuomo fought for his political life in the face of sexual harassment claims last spring, The Washington Post reported that Chris Cuomo had broken CNN’s rules by participating in strategy sessions with the governor’s top advisers. In response to that news, CNN stated that it was “inappropriate” for Cuomo to join in “official” strategy meetings with the governor’s staff and prevented him from doing so in the future. Still, it permitted him to give informal advice to his brother.

According to The New York Post, Cuomo advised his brother to “take a combative stance and not resign from the governor’s office.” His viewpoint ran counter to not only the prevailing progressive sentiment in the cable news industry, which has recently fired several male TV hosts accused of sexual misconduct. It also ran counter to Chris Cuomo’s supporting remarks about the #MeToo movement.

Cuomo’s advice to his brother seems to have changed since then. According to a person familiar with their conversations, Chris pushed Andrew to resign in the week leading up to his resignation statement on Tuesday. Chris went his brother to leave may make his return to the network more publically acceptable. However, there are indications that the host’s reputation has already suffered.

The CNN Journalist lost a piece of his female audience last week, according to research, after New York State Attorney General Letitia James published her findings. For the rest of that week, “Cuomo Prime Time” averaged 453,000 total female viewers per episode, a 21% decrease from the 570,000 he averaged in April, May, and June.

Accusations of bias have also dogged Chris and his network. After years of refusing, CNN finally permitted Cuomo to interview his brother last year, when the governor was widely commended for managing New York’s response to the coronavirus outbreak.

However, a few months after allegations of sexual harassment against Andrew Cuomo began to surface in December 2020, Chris Cuomo informed viewers that he would be unable to cover them due to the inherent conflict of interest in interviewing a close family member. Last week, the host did not address the attorney general’s findings, instead of informing viewers that his broadcast would focus on the increase in coronavirus cases.

Some of his audience members noticed. On his show Tuesday, late-night presenter Stephen Colbert termed it a “strange clash of rules” and asked his guest, CNN’s chief media correspondent Brian Stelter, to explain. “There is no page in the journalism ethics book for this,” Stelter said Colbert. “It’s the most bizarre mix of circumstances you can think of.”

However, CNN has an internal policy that addresses such conflicts of interest. A few hours before Cuomo’s resignation, network President Jeff Zucker wrote an all-employee email pushing everyone to reread the company’s News Standards & Practices Policy Guide. “Thanks to each of you, CNN is the most trusted name in the news,” Zucker wrote. “And to keep it that way, everyone must be aware of and adhere to our principles and standards in all we do.”

According to a copy obtained, the document requires “CNN employees to avoid any real obligation or the appearance of any obligation to any interest that he/she may be covering or reporting on,” as well as “to avoid conflicts between personal interests and the interests of the company, or even the appearance of such conflicts.” “It’s not that complicated,” said Soledad O’Brien, a journalist who spent a decade at CNN and now operates a production firm.

“People are prepared to contort themselves into these acrobatics to make it appear complex when it is not. It’s fairly evident what the ethics were that were violated, and it’s also pretty clear that nobody intends to hold [Cuomo] accountable at this point.”

However, network management has shown trust in the host by keeping Cuomo on the air despite the outrage he and CNN have encountered. While some CNN employees have expressed dissatisfaction with Cuomo’s working relationship with his brother anchor Jake Tapper said in May that he put his colleagues “in a bad spot,” he remains a popular figure at the company, known for his intense loyalty to the network, its employees, and their families.

“Chris is incredibly well-liked, from field crews to management, so I can’t believe he won’t weather this,” said a veteran network producer who was not authorized to comment publicly. “Chris and Zucker are in a bad spot,” the person admitted. O’Brien stated that she has spoken with many “disappointed” former CNN colleagues. “I genuinely feel that when leadership fails to do the right thing, it is always detrimental to morale,” she continued.

While still on holiday Chris Cuomo told a Fox News reporter waiting for him at the Sag Harbor Yacht Yard on Long Island on Tuesday that he had “of course” spoken with his brother. Aside from that, he’s been deafeningly silent. He has not yet publicly commented on his brother’s resignation, and it is unknown whether he would do so on his first program back from vacation, which airs Monday at 9 p.m.

“Chris could make a statement that CNN has already adjudicated his part in this saga and that outcome had nothing to do with the results or substance of his brother’s guilt or innocence,” said a media executive who asked to remain anonymous to speak candidly about a sensitive situation. “He could hit that hard and say, ‘We go on.'” The case is closed. A new chapter begins. Continue your journey.’ And he, like CNN, may hope that the story will eventually fade away.”

Robert Yoon is a journalism and politics instructor at the University of Michigan who worked for CNN for 18 years before leaving in 2017 as the network’s director of political research. Yoon predicted that Cuomo’s audience would give him another chance, just as CNN’s management had. “If [viewers] believe that a cable news personality is on their side, so to speak, they are prepared to look for justifications to justify their behavior,” he said. “If people enjoy Chris Cuomo’s approach to the news and his point of view, they will continue to support him.”