Sam Kinison was an American actor and comedian well known for his crude wit and characteristic scream. Keep scrolling down to know more about him. 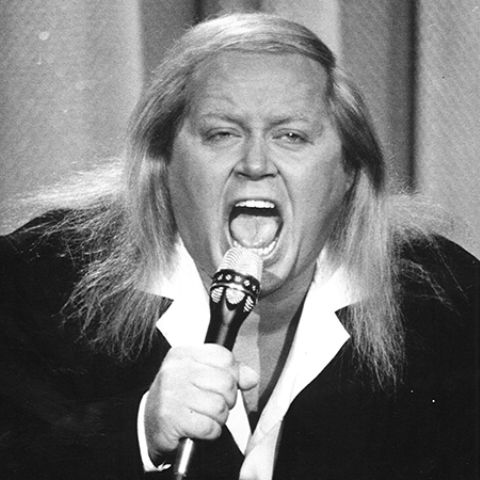 On December 8, 1953, Samuel Burl Kinison was born in Yakima, Washington. He spent a large portion of his boyhood in Peoria, Illinois. Kinison was just three years old when he was hit by a truck, causing brain damage. When he was 12, his parents split, and he went through another form of trauma. Sam and his younger brother Kevin remained at home with their mother, while their older brothers Richard and Bill moved in with their father.

The artist was pretty rebellious in his early adolescence, skipping courses and participating in some stealing. Kinison was sent to the Pinecrest Bible Training Center in Utica, New York when he was 15 years old. Around this time, he acquired a love of music and taught himself how to play the guitar.

Kinison decided to become a preacher when his father died in 1972. Kinison’s elder brothers were already pastors, and he had occasionally played music for them during their sermons. While he was serious about his religious calling, he also had a fantastic sense of humor and was a significant fan of Richard Pryor.

Sam Kinison’s Net Worth and Career

Sam Kinison was an American stand-up comedian and actor with an estimated net worth of $800,000. Kinison began his career in Houston, Texas, performing in modest bars and joined a comedy troupe at the Comedy Workshop. In August 1985, he got his big break on HBO’s Rodney Dangerfield‘s Ninth Annual Young Comedians Special. Kinison used his prior career as a Bible-preaching evangelist to take satirical and sacrilegious digs at the Bible, Christianity, and renowned Christian evangelist scandals of the day.

The celeb’s audacious comedy helped catapult him to fame. A view of the personalized license plate of his 1986 Corvette displays the words “EX REV” on various films of his stand-up acts. He was a part of the Los Angeles rock music scene and was occasionally backed by a traveling band. He was also known for having a voracious appetite for drugs and drink.

Sam Kinison got a lot of his material from his tough first two marriages, to Patricia Adkins (1975–1980) and Terry Marze (1981–1989). Toward the conclusion of his marriage to Marze, he had a relationship with dancer Malika Souiri. Kinison married Souiri in the Candlelight Chapel in Las Vegas on April 4, 1992, six days before his death. They spent five days honeymooning in Hawaii before returning to Los Angeles on April 10 to prepare for a gig that night at the Riverside Resort Hotel and Casino in Laughlin, Nevada.

The Toronto Sun revealed in February 2011 that Kinison had fathered a kid with the wife of his best friend and opening act, Carl LaBove, who had been paying child support for over 13 years. LaBove filed legal papers alleging the girl was Kinison’s, and DNA tests were taken from Kinison’s brother Bill shows a 99.8 percent possibility that Kinison was the father of the anonymous woman. He was 21 at the time of the Toronto Sun story and denied knowing LaBove.

On Friday, April 10, 1992, Sam Kinison was driving his Pontiac Trans Am when it was hit head-on by a pickup truck driven by 17-year-old Troy Pierson, who had been drinking, on US Route 95, 4 miles (6.4 km) north of Interstate 40 and approximately 15 miles (24 km) northwest of Needles, California. While attempting to pass another car, the pickup truck crossed the road’s centerline and entered Kinison’s lane. Sam was on his way to Laughlin, Nevada, to play at a sold-out event when he was hit by a car.

The actor was discovered unconscious at the scene of the accident, between the seats of his car. He didn’t have a seat belt on. According to his brother, his head hit the windshield, and he was pronounced dead at the site. His wife was also hurt in the crash, but she recovered after being transferred to a hospital in Needles for treatment. An autopsy revealed that Kinison died due to severe traumatic injuries, including a cervical spine dislocation, a torn aorta, and torn blood vessels in his abdominal cavity, within minutes of the event.

Pierson pled guilty to one count of gross negligence vehicular manslaughter. He received a year of probation and 300 hours of community service. Pierson’s driver’s license was also suspended for two years as a result of the crash. Kinison’s remains were interred in a family memorial site at Tulsa’s Memorial Park Cemetery. His gravestone bears an unattributed quote: “In another time and place, he would have been dubbed prophet.”