Chudney Ross is the daughter of a famous Hollywood celebrity who made a name for herself in the entertainment industry on her own. Let's know more about her relationship status, net worth and early life. 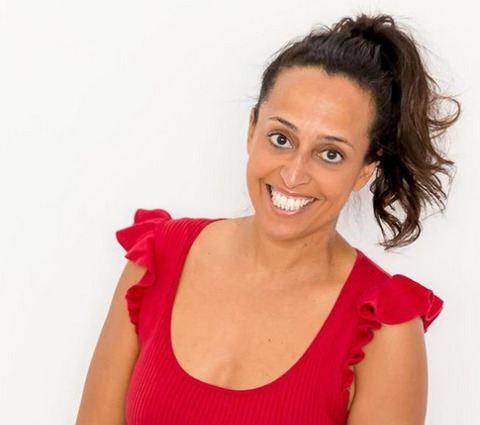 Chudney Ross is a married woman. She is married to her longtime partner, Joshua Faulkner. The two got acquainted through a mutual friend and met in person for the first time in a bar.

After six years of dating, the pair got married on June 21, 2015. The wedding was held in Maui, Hawaii. The couple shares two daughters. Their first daughter, Callaway Lane, was born out of wedlock on September 19, 2012. Callaway was the flower girl at their wedding.

On October 11, 2019, the two welcomed their second daughter, Everlee Ernestine. The family spends a lot of time together doing activities. Ross frequently shares pictures via her Instagram profile.

Chudney Ross Net Worth and Career

Chudney Ross is an American TV producer, production manager, entrepreneur and author. She is known for being the producer and production manager of Mesmerized, Livin’ Large and Fame. She is better known as the youngest daughter of legendary singer and actress Diana Ross.

Upon graduation from the university, Ross taught in schools for a brief period. She then started her career in 2002 in the entertainment industry by working as a talent coordinator for the TV show Livin’ Large. In 2003, Chudney worked as an assistant production manager for the drama music TV series Fame. She produced the series, Mesmerized in the following year.

From 2005-2014, for almost nine years, Chudney produced a show called Fashion news live, where the hosts of the show traveled all around the world to interview stars and fashion designers. The TV producer got her big break in 2007 when she became a producer for one of the biggest award shows, The BET Awards. She has currently associated herself with the TV film series Essence Ninth Annual Black Women in Hollywood.

The TV producer is the owner of the children’s bookstore, Books and Cookies, which she founded herself in 2011. She is also an author and has released a children’s book, Lone Bean, in 2012, published by HarperCollins. The author has also made a few appearances on shows like The Oprah Winfrey Show. As for her net wealth, she has not disclosed it yet. However, according to the sources, the now 46-year-old has an estimated net worth of $300,000.

Chudney Ross was born on November 4, 1975. Her full name is Chudney Lane Silberstein. She was born and raised in Greenwich, Conneticut. The now 46-year-old was born to the famous American actress and singer Diana Ross and music executive and businessman Robert Silberstein. Her parents divorced in 1977.

The children’s book author is the youngest daughter of Diana Ross. She has a sister, Tracee Ellis Ross. She has three half-siblings from her mother’s other marriage: Rhonda Ross Kendrick, Ross Naess, and Evan Ross.

As for the entrepreneur’s academic qualifications, she graduated from a local senior high school. She then attended Georgetown University, Washington DC, the USA, in 1977. She graduated with a Bachelor’s degree in English and Fine arts in 2002. After completing her college degree, she started teaching schools in Los Angeles and Washington DC.