Christina Aguilera Voicing Her Support For Britney Spears In Twitter 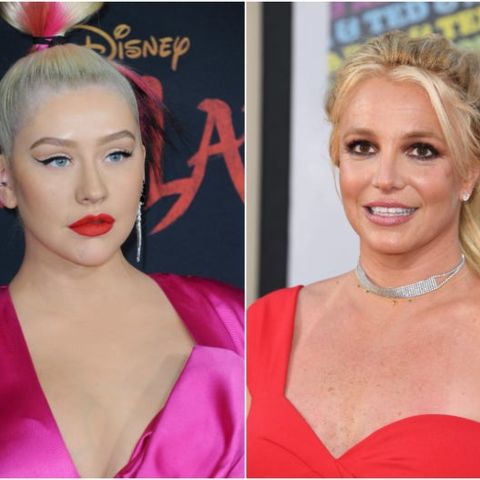 Christina Aguilera has come out in support of Britney Spears. Britney requested that her years-long conservatorship be cancelled during a court hearing on June 23, citing the “abusive” arrangement that prevents her from living a whole life, including getting married or having children.

The 40-year-old responded to the court hearing with a series of emotional tweets on Monday, emphasizing that Britney deserves all of the love and support she can get. “These past few days I’ve been thinking about Britney and everything she is going through,” she wrote beside a throwback photo of herself and Britney from their Mickey Mouse Club days.

Furthermore, she added, “It is unacceptable that any woman or human, wanting to be in control of their own destiny, might not be allowed to live life as they wish.” To be silenced, ignored, bullied, or denied support by those “close” to you is the most depleting, devastating, and demeaning thing imaginable. The harmful mental and emotional damage this can take on a human spirit is nothing to be taken lightly.”

Songwriter went on to say that the revelations that Britney cannot remove her IUD without permission are particularly concerning, adding, “Every woman must have the right to her own body, her own reproductive system, her own privacy, her own space, her own healing and her own happiness. While I am not behind the closed doors of this very layered & personal yet public conversation – all I can do is share from my heart on what I’ve heard, read and seen in the media.”

The American singer commented, “The conviction and desperation of this plea for freedom lead me to believe that this person I once knew has been living without compassion or decency from those in control. To a woman who has worked under conditions and pressure unimaginable to most, I promise you she deserves all of the freedom possible to live her happiest life. My heart goes out to Britney. She deserves all the TRUE love and support in the world.”

Christina’s remarks come just days after Justin Timberlake, who co-starred with Britney Spears and Christina on The Mickey Mouse Club, expressed his support for the singer. “After today, we should all be supporting Britney right now,” he stated of his ex-girlfriend, whom he dated from 1998 to 2002.” Regardless of our past, good and bad, and no matter how long ago it was . . . what’s happening to her is just not right.”