Brittany Anne Snow is an actress and singer from the United States. She earned a Young Artist Award for Best Young Actress and was nominated for two other Young Artist Awards and a Soap Opera Digest Award. Keep scrolling down to know more about her. 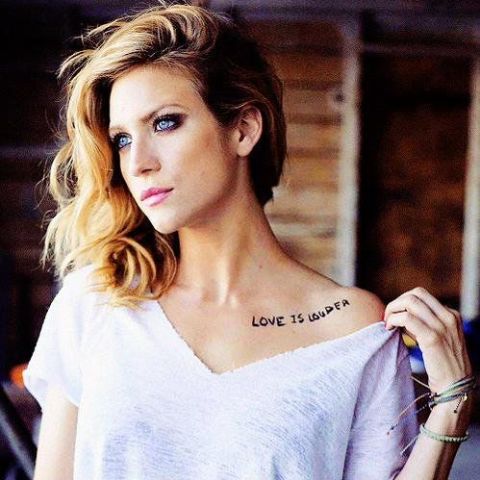 Brittany Snow is an actress and singer from the United States with a net worth of $9 million. She began her career in the entertainment industry as a model when she was three years old. As we can see from her perspective ventures, Brittany’s earnings will rise in the future.

The actress advertised a home in Studio City, California, for $2.8 million in August 2020. She bought the house for $2.2 million several years ago. Her spouse, predictably, was the listing agent. Snow still owns a condo in Los Angeles that she purchased for $960,000 in 2005.

Brittany Snow got a big break in her career in 1998 with the daytime soap opera ‘Guiding Light’ which was aired on CBS television. Brittany played the role of Susan’ Daisy’ Lemay from 1998 to 2002, which fetched her Young Artist Award for Best Young Actress. Guiding Light is the longest-running drama in American broadcasting history.

The American actor starred in another drama series, ‘American Dreams,’ which aired on the NBC network in 2002 and earned her another award for her portrayal of Meg Pryor. She was nominated for the Young Artist Award and three Teen Choice Awards for this role. Brittany played Chloe Beale in the highest-grossing music comedy film of all time, ‘Pitch Perfect 2,’ in 2015 and the 2012 film ‘Pitch Perfect.’

In 2017, Snow reprised her role as Chloe in the film “Pitch Perfect 3.” Britt’s career began when she was three years old when she was featured in a print advertisement for the Burdines department shop. Though Brittany first appeared in a film by providing her voice in ‘Whisper of the Heart‘ (1995), she made her acting debut at 19 in ‘The Pacifier‘ starring Vin Diesel in 2005.

Brittany Snow is a lovely actress, so it’s no wonder that she has many ex-boyfriends. Brittany dated Tyler Hoechlin but split in 2015 after dating for more than two years. In May 2015, they made their last public appearance as a couple at the Los Angeles premiere of Pitch Perfect 2. After she broke up with longtime boyfriend Tyler Hoechlin in November 2015, she began dating filmmaker Andrew Jenks.

The actress announced her engagement with her realtor boyfriend, Tyler Stanaland, on February 19, 2019. Although it’s unclear when the two started dating, Snow did post the first snapshot of them on Instagram in August 2018. Brittany’s long-term boyfriend wedded her on March 14, 2020. The couple married in Malibu, California, is a lovely wedding ceremony.

Вrіttаnу Аnne Ѕnоw was born on March 9, 1986, in the city of Amра, Florida, United States. Thе nаmе оf her раrеnts wеrе Cinda аnd Jоhn Snоw. She grew up with a half-brother, John Jr., and a half-sistеr, Holly, and completed her education at Gaither High School in Amра, after which she was accepted into college.

For the majority of her life, the blue-eyed lass has struggled with her health. Anorexia, bulimia, and body dysmorphia plagued her. More details about her life will be revealed when new information becomes available.