Camila Mendes is a brilliant American actress who is best known for her role as Veronica Lodge in the CW television series "Riverdale," which premiered in 2017. 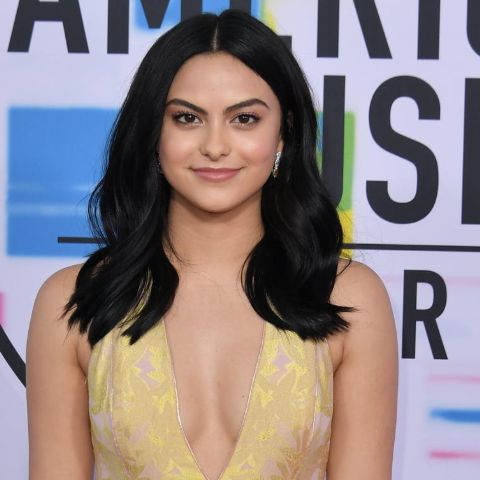 Camila Mendes, the award-winning actress, has been doing great in her career till now. From her successful career, she’s made a great fortune out of it.

According to a reliable source, Mendes bought a 2,005 square foot home in the Silver Lake area of Los Angeles, which cost her $1.9 million in 2020. Her net worth is significantly raising cause of her booming career. According to various sources, the actress has garnered a staggering net worth of $4 million as of 2021.

Camila Mendes started her TV career from the commercial for IKEA. After that, she was cast on Riverdale as Veronica Lodge in February 2016. Camila made her film debut in 2018 with The New Romantic; she also appeared in The Perfect Date and Coyote Lake in 2019.

The TV star has appeared in many TV shows, films, and web series like the television special Dear Class of 2020, the web series Celebrity Substitute, and films like Palm Springs and dangerous lies. She has given her voice to The Simpsons episode The Hateful Eight-Year-Olds and has also done a music video on Chain smokers‘ Side Effects and Maggie Rogers’ Give a Little. She was cast in the Netflix film Strangers alongside Maya Hawke, who starred in Stranger Things in late 2020.

Camila Mendes is a very attractive woman, and there is uncertainty about her current relationship status. But in the past, she was linked to having romantic feelings with her “Riverdale” co-star Charles Melton. The couple had split up a few months earlier, according to reports in December 2019.

As of 2021, the gorgeous lady was reportedly dating her partner, Grayson Vaughan. The couple was first spotted together in January 2021, although there are no details of how and when they started their relationship. Camila’s boyfriend was previously a model and now works as a fashion photographer. However, sadly they seem to have broken up after Camila deleted all the pictures of her boyfriend from her Instagram account.

Camila Mendes was born on 1994 June 29 in Charlottesville, Virginia. Her full name is Camila Carraro Mendes. She was born to her parents, Gisele Carraro and Victor Mendes. She has a younger sister named Kiara. Both of her parents are Brazilian, which resulted in her spending a year in Brazil. Sadly when Camila was just ten years old; Gisele and Victor divorced due to incorrigible differences.

The 27-year-old’s family moved 16 times during her childhood, but she spent most of it in Florida. Mendes went to American Heritage School in Plantation, Florida, and then to New York University’s Tisch School of the Arts. She graduated in 2016 and has stated that she was roofied and sexually assaulted during her freshman year, prompting her to get a tattoo that reads “to build a home.” She interned at the Carson Kolker Organization talent agency, which led to her signing with an agent during her junior year.