Cai Bella Bridges is a celebrity kid who is popular as the daughter of Ludacris and Tamika Fuller. Let's know all details about her early life and relationship with her family. 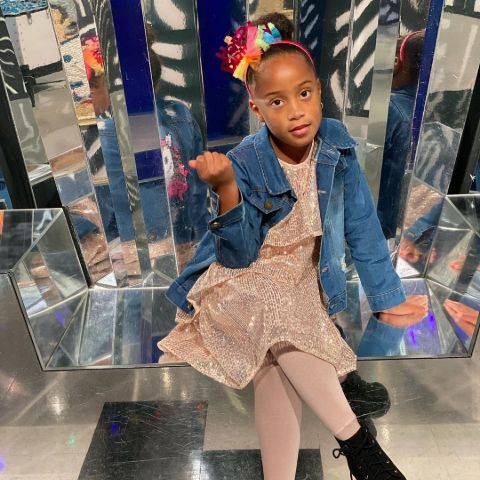 Who is Cai Bella Bridges? Who are Her Parents?

Cai Bella Bridges is the beautiful daughter of Ludacris and Tamika Fuller, who are both musicians. Her parents had a bitter custody fight, with the rapper eventually winning full custody. Tamika was enraged by this and published an article claiming that the man had originally pleaded with her to perform an abortion.

The celebrity daughter was born on December 9th, 2013. She is 8-year-old as of January 2022. In addition, Luda has a total of four children, all of them are girls. From her father’s side, Cai Bella Bridges has three half-siblings. Shaila Scott, Karma Bridges, and Cadence Gaelle Bridges are their names. Ludacris has two daughters: Karma, who is his ex-girlfriend Christine White‘s daughter, and Cadence, who is his wife’s daughter.

Cai has had a wonderful upbringing, as evidenced by her parents’ frequent postings on social media. She strives to follow in her father’s footsteps by playing the piano, taking tennis lessons, and traveling frequently. Moreover, during the Covid-19 outbreak, she was featured in a video for Kidnation.com describing her handwashing practice.

Christopher Brian Bridges debuted his daughter Cai Bella, who was two years old at the time, at his Ludacris Foundation Event. Since she was born, Ludacris has been at odds with his baby mom Tamika over custody of his daughter Bridges. Ludacris and Eudoxie Mbouguiengue married in December 2014, and he received a lot of backlash from his ex-girlfriend Tamika. Tamika Bridges, Cai Bella Bridges’ mother, alleged that he married Eudoxie to gain custody of their kid.

Furthermore, Cai Bella has the same facial features that he does. In 2017, Ludacris and his wife Eudoxie gave her a large “Troll Themed” birthday party on her birthday. The actor shared many photos of his daughter enjoying herself on her special day. Cai is the world’s future leader, according to the caption.

Cai Bella Bridges’ Relationship With Her Siblings and Family

Cai Bella Bridges has a close relationship with her father and her mother, Tamika. Cai Bella is the favored child of both of her parents. Tamika also posts many gorgeous pictures of her baby girl on social media.

When you look at Ludacris’ two children, you can tell they’re from the same mother. Cadence has a close connection with her half-sister Cai Bella, who is her elder half-sister. “Cadence just offers kisses to Cai,” Ludacris’ wife Eudoxie previously said about Cadence kissing Cai on the cheeks.

Cai means “feminine” and “sea” in various languages, including Hawaiian and Vietnamese. The same may be true about Bella’s name, which has many different origins. In Italian and French, it means “beautiful.”