Eudoxie Mbouguiengue is the wife of the famous American rapper and actor, Ludacri but apart from that, her life journey is truly worth looking at. Here are the details about her relationship status, net worth, and early life. 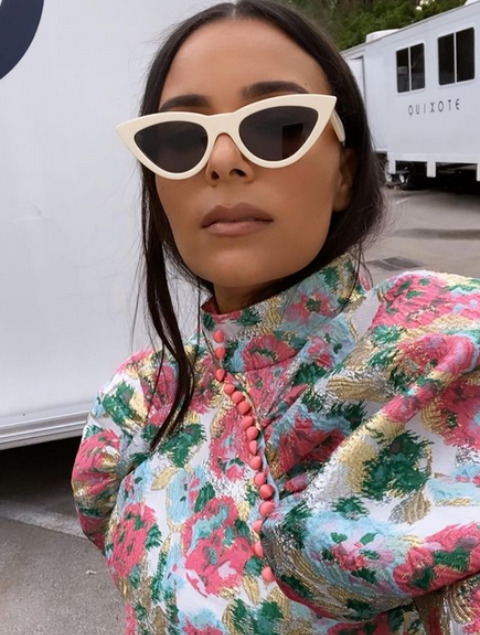 Eudoxie Mbouguiengue is the wife of Ludacris, an actor, and rapper. His real name is Christopher Brian Bridges. The two first met in 2008 in Atlanta on the occasion of Ludaday, a weekend tradition intended to bring families and celebrities together, and they hit it off instantly.

After seeing each other for a few years, the two got married in 2014. Ludacris proposed Eudoxie while on a private plane flying from a baecation in Costa Rica back home. He surprised her with a ‘Eudoxie, will you marry me’ written with flowers on a field of grass below them. They married on the same day.

While there is no information about Mbouguiengue’s dating history, Ludacris has had many relationships in the past. He also has three daughters from his previous, separate relationships. The rapper has admitted to cheating on his wife, but they have been able to fix their relationship and lead a happy family life despite those happenings. As of now, the small family resides in Atlanta, Georgia.

Eudoxie Mbouguiengue Net Worth and Career

Eudoxie Mbouguiengue is a model, philanthropist and an author. She became known after being the wife of the American rapper and actor Ludacris. Mbouguiengue is very vocal about the issues in her home country, Gabon.

After completing her college graduation, the now 35-year-old went on to pursue a modeling career. She has worked for big names in the fashion industry, such as Dior, and has modeled for many top magazines, including OK!, Essence, Time Magazine. She is a fitness model.

Eudoxie is a passionate philanthropist. Having gone through sexual and mental abuse as a child herself, back in Gabon, she dedicated herself to helping others who have gone through the same ordeal. She founded the non-profit organization, Unspoken Angels Organization. The organization aims to support, educate, inspire and empower women in the US and West Africa who have endured verbal, mental, and sexual abuse.

The philanthropist is the author of the 2016 book, Unspoken Angel: My Story Through Her Eyes. In the book, she has penned down the lessons from her arduous past in her own words. As for her net wealth, the celebrity wife has not revealed it to the public, but according to the sources, she has an estimated net worth of $300,000.

Eudoxie Mbouguiengue was born on May 14, 1986, in Gabon, a country situated on the west coast of Africa. She spent most of her childhood in Gabon and later immigrated to America. Her mother is Gabonese, and her father is American, but their identities have not been revealed. The Gabon-born has a younger sister named Christella, who she is raising along with her daughters. She has more siblings, but their names are not known yet.

As she grew up a little, Eudoxie migrated to America knowing little to no English. Despite that, she has done very well in her academics since her childhood. After graduating from high school, she attended the University of Miami, where she obtained her Bachelor’s and Master’s degree in the medical field.

Growing up in Gabon as a child, the now 35-year-old went through many hardships. She was faced with traumatic life experiences as a result of physical, sexual, and emotional tortures. She thankfully immigrated to the US with her family, which was when she could escape the atrocities.