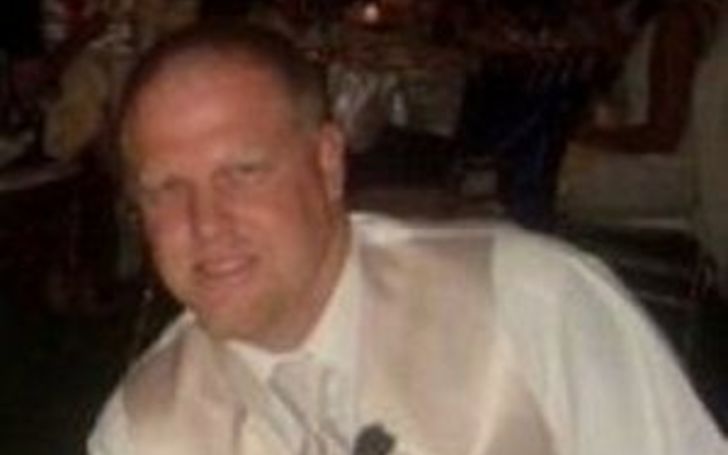 Brahman “Bo” Galanti rose to fame from his marital relationship with Lyssa Chapman. He was married to former bail bondswoman and bounty hunter, Lyssa Chapman, aka Baby Lyssa. Although their marriage ship sank way too fast, it was long enough to make Brahman the topic of many headlines. Let’s learn more about the former lover and why they separated on this article?

Why Did Brahman Galanti’s Ex, Lyssa Chapman, Divorce Him?

Before setting sail to find out why Brahman Galanti‘s ex, Lyssa Chapman “Baby Lyssa,” divorced him, it’s important to learn little about their marriage. We said little because there isn’t much to talk about as most portion of their love-life is private.

Speaking of when Brahman walked down the aisle with a reality show star, they did that back on February 20, 2009. They shared their vows throwing ceremony for their loved ones in Oahu, Hawaii.

In the beginning, everything seemed fine between the newlywed couple. Brahman and Lyssa spent some quality time together and even expanded their family by giving birth to their daughter, Madalynn Grace Galanti.

Though everything on the outside looked good between the former lovers, things began to fall apart rapidly. It’s less than two years since Brahman and Lyssa tied the knot, but their marriage was already a failure. They were having tons of troubles.

Sources claim Brahman was the reason. He started showing violence in the house. Indeed, he began to act abusively against his ex, Lyssa. Although his former spouse kept things within the family at first, she went public filing a divorce in early 2011.

It’s no secret how Brahman Galanti earned his fame? He got renowned after he tied the knot with the former bounty hunter Lyssa Rae Chapman. As many of us might be aware, she is the daughter of the A&E TV’s Dog the Bounty Hunter’s star Duane “Dog” Chapman.

Because Brahman’s ex-wife Lyssa was a well-known celebrity in the crowd from her appearance, as soon as word spread of them being in a romantic relationship, he also came to the limelight.

Although Brahman gained popularity, he never shared his past life with his fans; this is why most of his childhood is unknown.

Recommended:  All To Know About Venezuelan Model, Actress, and Entrepreneur Sharon Fonseca

All internet has on Brahman’s early life is that he was born on July 24, 1973. His family raised him in Hawaii, the United States. Further, he holds American citizenship and belongs to mixed ethnicity. No one in the media got an idea of who his parents were and, further, nothing on his siblings.

Brahman Galanti Has a Six-Figure Net Worth

The former spouse of Brahman Galanti, Lyssa Chapman, is a fitness instructor and loves adventure. In addition to that, she rose to prominence from her work in the show Dog the Bounty Hunter as a bounty hunter. She did many other things in her past days, which helped her make a name.

Currently, Brahman’s ex-wife runs her own clothing line. Furthermore, she also has a tanning salon. However, unlike his ex, Brahman’s professional life is yet to be revealed. Because there is nothing people on the media side got on his career, it’s hard to pinpoint his exact financial status.

Brahman’s estimated net worth revolves around $100 thousand. Yes, he holds a six-figure net worth as of 2020. However, if we talk about his former spouse Lyssa, she enjoys an outstanding net worth of $500 thousand.

Who is Brahman Galanti’s ex-spouse?

What is the name of Brahman Galanti Daughter?

Madalynn Grace Galanti is the name of Brahman Galanti.