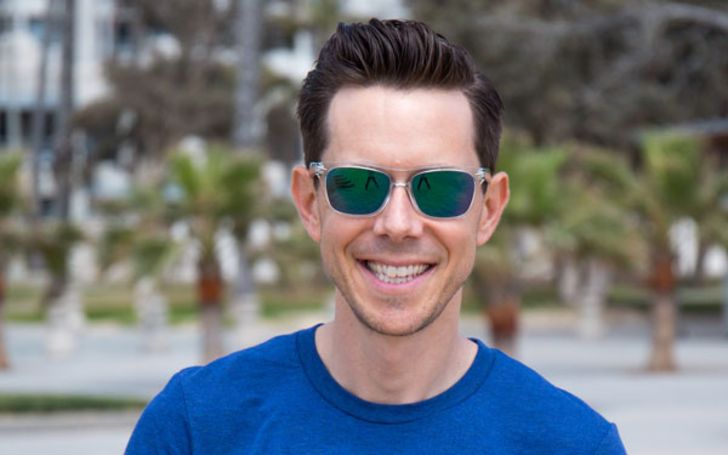 It’s easy to know what Bobby Parrish (b. January 6, 1979) does for a living. All we need to do is visit his Instagram page, and after reading his bio, everything will be clear. He’s a professional YouTuber, Cookbook Author, and Chef. Yes, he is all of that. He owns the popular FlavCity YouTube channel, where he garnered massive popularity, sharing his meal prep techniques with the viewers. So, with the rise in his fame, many want to learn all there’s to about him. Thus, we brought you this article today.

Bobby Parrish is a millionaire. He enjoys an estimated net worth of $1 million. Although it’s just an estimation made by the sources, it’s believable for someone as successful as Parrish to hold a million worth of fortune.

The YouTube star Parrish got around 1.24 million subscribers at the time we write about him. His channel FlavCity with Bobby Parrish is loved by millions of people, and with that kind of influence, we think it’s clear how he generated hefty piles of green as a YouTuber.

Bobby Parrish, 42, earned his fandom as a home chef after sharing his meal prep techniques, recipes, and tips on the social platform.

The home cook was always passionate to make and share his knowledge related to healthy diet and foods. To fulfill his dream, he even went to the best culinary school, and following that, he tried to become a part of the Food Network. However, they rejected his application for the Next Food Network Star.

Click To Know: All About The Young Social Media Influencer Eli Unique

Although things didn’t go as he planned, Parrish never gave up on his dream. Despite being rejected by Food Network, he never lost his hope and started a YouTube channel called FlavCity with Bobby Parrish.

Bobby got help from his spouse to film his online cooking videos. Gradually, the duo started making progress. As they saw a better future in their side business, Bobby quit his finance job, and similarly, his wife got out from the corporate world.

With a better future ahead, the lovely couple placed more effort on this YouTube content. They even turned their two-bedroom Chicago condo into a production studio to film their videos, as Everipedia noted. Their content is all about homemade healthy foods that taste good.

As people started recognizing Parrish’s works, he also got the chance to share his opinions on different shows. He has been featured on The Rachael Ray Show and the Food Network.

Bobby Parrish is a family man. He succeeded in replicating his professional success in his personal life. Not only is he married, but with his better-half, he’s raising a cute baby girl. So, who are they?

The University of Wisconsin-Madison graduate, Parrish’s wife’s name is Dessi Parrish. She, as mentioned earlier, assist her husband in creating his YouTube content.

As explained on the Flavcity site, Dessi supports her love to take pictures and edit his YouTube videos. Furthermore, she frequently helps him to film the videos.

Besides providing all the help, Dessi can to her husband, she’s fond of painting and baking. As a matter of fact, like Bobby, she also shares her kitchen recipes.

Bobby Parrish earned his fame as a YouTuber. His supportive wife helped him a lot along the way to manifest success. Both of them are quite famous in the crowd; however, they aren’t the only Parrish family members who successfully generated massive attention. So, who is this person?

You May Also Like: Details on Young Foodie YouTuber Jayden Siwa’s Net Worth, Girlfriend, Parents, and Sister

Precisely, that person is none other than the Parrish couple’s only child, their baby girl, Rose Honey. Indeed, the lovely duo daughter, who is only 16 months old, is renowned in the internet world.

It all happened after Parrish and his wife created an Instagram page for their toddler. There the pair began to share different cute pictures and videos of their daughter, which quickly got positive attention. That account of her got around 46.4k followers as of January 2021.