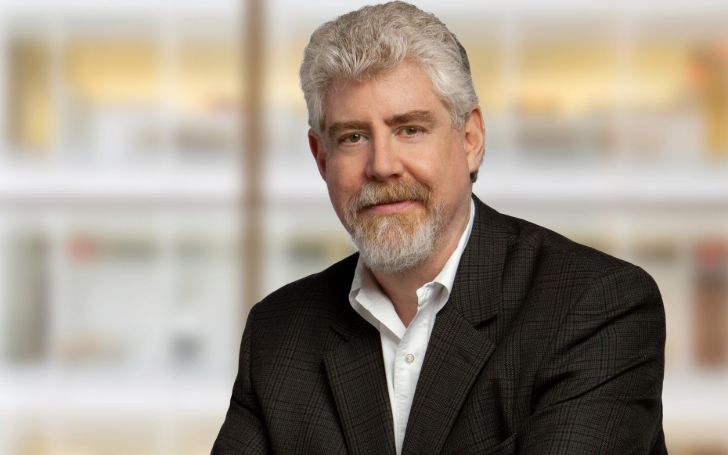 The journalism industry is full of challenges and troubles, considering the pressure and responsibility that comes with it. Despite all the troubles and hardships, Bob Garfield is someone who makes the most of it as the co-host of ‘On the Media’ from WNYC. The veteran commentator makes the job look like a cakewalk alongside fellow host Brooke Gladstone. Furthermore, his introduction would be incomplete without mentioning that he is the host of The Genius Dialogues from Audible. So, today we take you close to the personal life, net worth, and career of Bob Garfield.

When it comes to finances, Bob Garfield has nothing to worry about considering his career that has lasted over four decades. Specifically, he gathers a colossal net worth of $2 million as of July 2020. With a multi-millionaire tag to his name, the ‘On the Media’ co-host enjoys a lavishing lifestyle with his family around all sorts of modern-day amenities. In addition to all the wealth, he lives in a flashy mansion-like house at Potomac, Maryland.

When it comes to the earnings of Bob Garfield, he makes around $43,770, which is the average salary of a radio host in the United States. Besides working as the radio-host, he also worked as a roving correspondent for ‘All Things Considered’ and was also a longtime advertising analyst for ABC News.

Talking about the income source of Bob Garfield’s net worth, it is his as a journalist and commentator. He started his four-decade-long career as a reporter for Reading Times in 1977 before switching to USA Today as a columnist and a contributing editor for Civilization and the Washington Post magazine. Furthermore, he also wrote for the ‘AdReview’ column in Advertising Age (1985 to 2010), The New York Times, Playboy, Sports Illustrated, and Wired.

Garfield started hosting ‘On the Media’ alongside Brooke Gladstone since 2001, which has defined the most part of his career. Besides, he co-founded a podcast called Lexicon Valley, with Mike Vuolo. The 65-year-old journalist founded the Media Future Summit at Wharton in 2015 and serves as the senior fellow at the Wharton Future of Advertising Program at the University of Pennsylvania.

While Bob Garfield remains extremely vocal about his professional endeavors, he prefers to keep a low-profile of his love-life. Surprisingly, he is a one-time divorcee as his first marriage with Carla Kline didn’t sustain well. The two tied the knot in 1977 but finally parted ways with a divorce in 2000.

Garfield moved on quite quickly after his divorce with his first wife as he dated Trobozic again. He exchanged vows with her in 2000 and spent seventeen years with the Serbian until getting separated in November 2017. Despite a busy schedule, the father of three tries his best to divide time between his work and family. Talking about his background, he grew up in a Jewish family in Bala Cynwyd, Pennsylvania.

Also See: Grab the net worth, personal life, and career of Katie Couric.