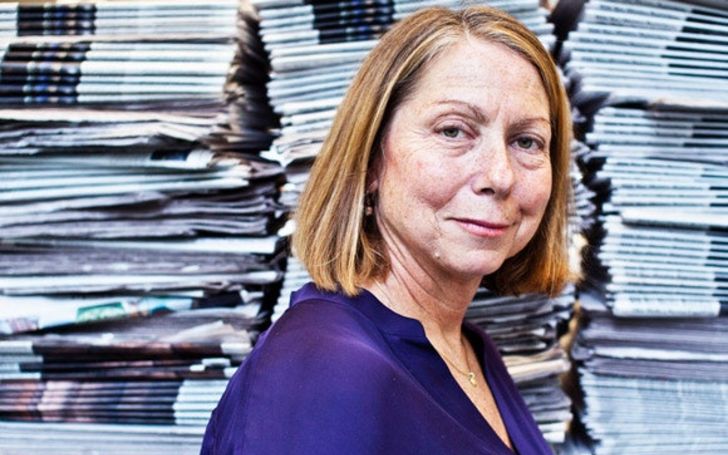 When it comes to journalism, the competition is tough on both the television and the printed media. Despite all the hardships and challenges, Jill Abramson is someone who creates a name for herself from her career as an author and a journalist. Her introduction would be incomplete without mentioning that she is the former executive editor of ‘The New York Times’ Alongside a reasonably successful career as a journalist, she also kept on sharing her insight and opinions from her books which further strengthened her career portfolio. So, stay with us to know more about her net worth, married life, and career details.

When it comes to the finances and income of Jill Abramson, the veteran journalist has nothing to worry about considering her massive accomplishments in the media industry. Specifically, Abramson amasses a colossal net worth of $2 million as of 2020. Talking about her wealth source, most of the credits go to her job as the executive editor of The New York Times from September 2011 to May 2014.

With such a vast bank balance, Jill Abramson enjoys a lavishing lifestyle in her mid-sixties. According to estimates, she earned around $114,906 as the executive editor of The New York Times, which is the average salary of the same job. However, money was never the motivation for the charismatic reporter since she continues to burn the midnight oil as an author despite being a millionaire.

Jill Abramson made a name for herself as the first female executive editor in the paper’s 160-year history. She joined The New York Times in 1997, where she worked as the Washington Bureau chief and the managing editor. The diva managed to push the ranks after a decade by becoming the executive editor for the publication. Surprisingly, things didn’t end well as she got fired from her position on May 14, 2014, because of ‘her arbitrary decision-making.’

Before joining The Times, Jill Abramson worked at The Wall Street Journal for nine years from 1988 to 1997. Likewise, the elegant personality also worked for The American Lawyer and Time before that. Apart from journalism, the 66-year-old also co-authored ‘Strange Justice: The Selling of Clarence Thomas’ in 1995 alongside Jane Mayer. On the other hand, she also wrote With Bill Keller: Obama: The Historic Journey in The New York Times in 2009, which got a flood of positive reviews.

While Jill Abramson remains hugely vocal about her professional life, she prefers to keep a low-profile of her romantic side. She is a married woman and couldn’t be happier. In fact, Jill tied the knot with her Harvard classmate Henry Little Griggs III in 1981. Her husband is the former president of Triad, a political public relations company. Moreover, he describes himself as a ‘writer, editor, and media-relations consultant specializing in nonprofit advocacy campaigns. The lovebirds share two children together.

Speaking of her background, Jill Abramson was born on March 19, 1954, in New York City. She was raised in a Jewish home, but the former New York Times director never disclosed anything about her parents. For her education, she acquired her high school diploma from Ethical Culture Fieldston School before getting the BA in History and Literature from Radcliffe College of Harvard University in 1976.

Also See: Know the net worth and career of Rosemary Barton.