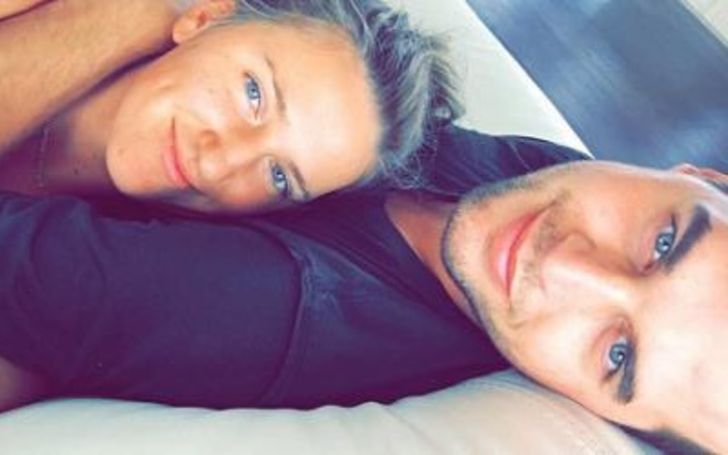 Many sports enthusiasts are quite familiar with the name Billy Mckeague. He’s a former hockey player and a golf instructor. However, his professional success isn’t what placed Billy in the spotlight; he actually grabbed massive attention from his romantic relationship with Victoria Azarenka, a pro Tennis player. Unfortunately, they separated their paths. So, what happened? To know it all, read the whole article.

Before we talk about the love-life of Billy Mckeague and his ex, Victoria Azarenka, let’s learn a little about Billy. He was born in 1989 in St. Louis, Missouri, USA. There he was raised by his parents, Lynn and Chase Mckeage.

According to Affair Post, the Mckeague family owns an investor group company named Chase and Company. There Billy’s father is the operation manager, and his mother is serving as the marketing director.

Speaking about his siblings, Billy grew up alongside his brother Charlie and sister Lisa Mckeage. Sources claim his sister, Lisa, graduated from Southern Methodist University. She majored in Humanities, Journalism, and Science and is currently working as a data executive analyst in Ansira.

Regarding Billy’s education, he went to Chaminade College Preparatory School. Subsequently, he joined the University of Missouri, where his major was Speech and Dramatic Art.

By now, you guys already know Billy Mckeague was dating Victoria Azarenka, a professional Tennis athlete. They first met in Kauai through their mutual friends. It all happened when Victoria went there to meet her friend, Gabrielle Reece, and her husband, Laird Hamilton.

There is information that claims that for both of the pair, it was love at first sight. But Billy’s ex, Victoria, was dating someone else. Yes, she was already in a relationship; however, she left her partner for Billy.

The former duo was transparent about their relationship from the beginning. They frequently shared pictures of themselves on their social media. Subsequently, on July 15, 2016, Mckeage opened up to the public that Victoria was pregnant.

Mckeage revealed that his then-girlfriend was pregnant with a son. Following that, they welcomed their baby boy on December 19, 2016. They named their son Leo.

After Leo came into their life, Billy and Victoria’s happiness doubled up, but sadly, it didn’t stay for a long time. By the time it was August 2017, they were separated and were both seeking custody of their son. After having some legal duel, custody of their son was given to the mother.

There is no official document to vouch for Billy Mckeague’s actual earnings, due to which it’s still unknown to the public. There is no information that would lead to his exact net worth; however, the media knows about his career path.

Billy used to play hockey back in the day and is a golf pro. Keeping that in mind, sources claim he holds an estimated net worth of $500 thousand as of 2020. Yes, he enjoys a six-figure net worth accumulated as a former hockey player and golf instructor.