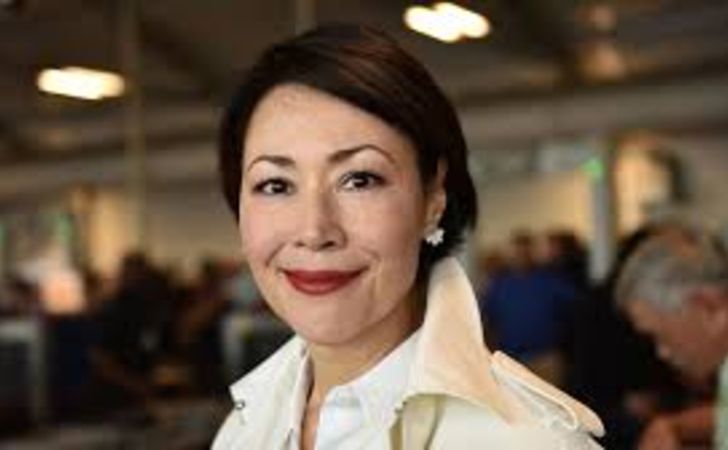 Ann Curry remains the epitome of woman empowerment, thanks to her immense hardwork, which helped her to create a name for herself in the journalism sector. The American journalist has been a reporter for over 30 years, who focused on human suffering in war zones and natural disasters and numerous other sectors. Interestingly, the diva has reported from wars in Kosovo, Iraq, Syria, and Congo over the years, which strengthened her resume by a significant margin. Thanks to her decades’ long career, she not just rose to global prominence but also amassed a colossal net worth. So, stay with us as we take you close to her married life, net worth, and inspiring career details.

When it comes to income and finances, Ann Curry has barely anything to worry about, thanks to her well-stable career as a journalist. Specifically, she gathers a colossal net worth of $10 million as of 2020. Considering how she worked for journalism for over thirty years, her bank balance comes as a surprise to no one. With such a wealthy status by her name, she enjoys a flashy lifestyle around all sorts of modern-day amenities.

According to estimates from Payscale, she earns far more than $40,747 per year, which happens to be the average salary of a journalist in the United States. Despite earning the tag of a millionaire, Ann Curry never considered money as the primary motivator and always kept the objective of service above everything. In an interview with cheatsheet, ‘When your motivation is to make money, you are going to make decisions that are not good for journalism.’

Ann Curry’s career beginning dates back to 1978; she embarked on her career in 1978 as an intern at then NBC-affiliate KTVL in Medford, Oregon. Slowly, she pushed through the ranks as the station’s first female reporter. She moved to NBC affiliate KGW in Portland in 1980, where she served as a reporter and anchor.

Curry’s career breakthrough happened when she joined NBC News in 1990, as the first NBC News Chicago correspondent then as the anchor of NBC News at Sunrise from 1991 to 1996. If that wasn’t enough, she served as a substitute news anchor for Matt Lauer from 1994 to 1997 at Today. Likewise, she served as the news anchor at Today from 1997 to 2011, becoming the show’s second-longest serving news anchor. She also became the co-anchor of Dateline NBC with Stone Phillips in 2005. Over the years, she reported on major international stories, filing stories from places like Baghdad, Sri Lanka, Congo, and Rwanda.

Related: Know the net worth and career details of Kevin Manno.

Curry’s career at Today came to an end in June 2012, in not so preferable ways, as there were reports that she was being replaced as co-host of Today in June 2012. The diva made the big decision to leave ‘Today’ on June 28, 2012, in a emotional broadcast on the show. In fact, her departure from the show even led to discussions about racism as she was one of the very few Asian-American journalists on the national stage. At present, she hosts TNT/TBS’s Chasing the Cure.

Even though Ann Curry remains quite vocal about her professional endeavors, she prefers to keep a low-profile of her romantic side. Despite all her efforts, she failed to hide the fact that she is a married woman. In fact, she tied the knot with Brian Ross way back in 1989. The pair form a inspiration to all the modern-day love birds in recent times, as couples today don’t seem to sustain their marriages.

Ann Curry and her beloved husband Brian Ross, share two adorable children: McKenzie and a son, William Walker Curry Ross. She and her family live in New Canaan, Connecticut. The television journalist was raised Catholic by her mother, who was a convert to the religion.

Related: Know the net worth and career details of Mark Shields.