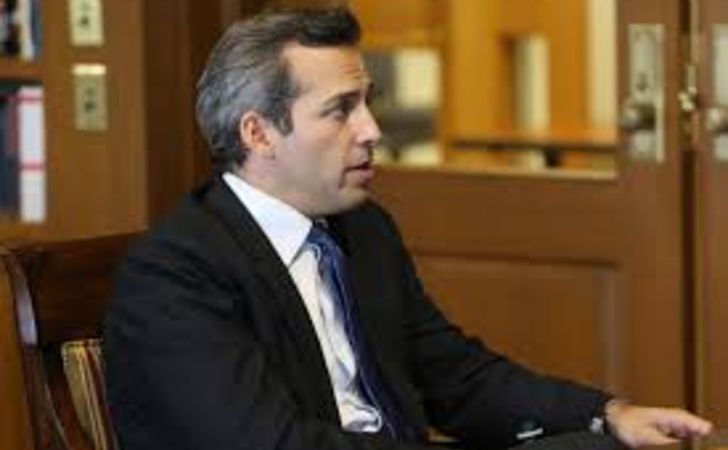 The journalism sector is full of challenges considering the hardships and pressure that comes with it. Despite that, Nick Schifrin is someone rare who manages to make the task in hand look like a cakewalk, thanks to his immense skillset and strong persona in front of the cameras. His introduction would be incomplete without mentioning the fact that he is currently the PBS NewsHour’s foreign affairs and defense correspondent. With over a decade in the media world, Schifrin not just rose to national prominence, but also garnered a significant wealth. So, stay with us to delve into details regarding his net worth, career, and personal life.

Regarding finances and income, the American journalist Nich Schifrin has nothing to worry about, thanks to his stable career at one of the most reputed media houses in the United States, PBS NewsHour. Specifically, he amasses a staggering net worth of $500,000 as of August 2020, which helps to live a lavishing lifestyle around all sorts of modern-day amenities.

Schifrin’s net worth might be in six-figures already, but with age-factor by his side, the day isn’t far when his bank balance will touch the $1 million mark. According to estimates, Nick makes a salary in the range of $55,651 to $60,374 per year, which happens to be the average pay of a reporter at PBS NewsHour. The hefty pay remains a strong factor for the correspondent to work in the journalism sector, but the main objective was always the aim of service.

The Instagram biography of Nick Schifrin describes himself as the foreign affairs and defense correspondent of PBS NewsHour. His journey at the network began way back in 2015 when he served as the correspondent for PBS NewsHour and helped create week-long series like ‘Inside Putin’s Russia NATO’ and Ukraine ‘ Fault Lines.’ Prior to joining the network, he worked as the first foreign correspondent for Al Jazeera America in November 2013. He, alongside his team, bagged the National Headliners Award for covering the violence and political events in Ukraine in early 2014.

Schifrin’s career portfolio became quite strong from his early days into the media sector since he worked at ABC News since 2002. Even though he started out as an overnight desk assistant, he immediately pushed the ranks, helping launch the daily World News Webcast, which was designed for the web and iTunes. Later, he moved to New Delhi, India as an ABC news reporter. It was during that time when he interviewed the Dalai Lama during the 2008 Tibetan unrest and won a Business Emmy. Interestingly, he was also one of the first international reporters to arrive on the scene following the November 2008 Mumbai attacks.

Despite the fact that Nick Schifrin maintains his professional life completely transparent, he keeps a low-profile of his romantic and personal side. Consequently, there is no clue whether he is married, single, or dating anyone. Even if he is in a relationship with a secret girlfriend, he deserves full credit for being successful in keeping it away from public attention.

Talking about the background of Nick Schifrin, he spent his childhood in Los Angeles, California. It was then where he attended Oakwood School from Kindergarten through 12th grade, graduating in 1998. After four years at Columbia University, Schifrin completed his graduation with a bachelor of arts degree in U.S history. Surprisingly, he served as the managing editor of The Columbia Daily Spectator, including the time of 9/11.

Related: Know the net worth and career of inspiring journalist Amy Walter.