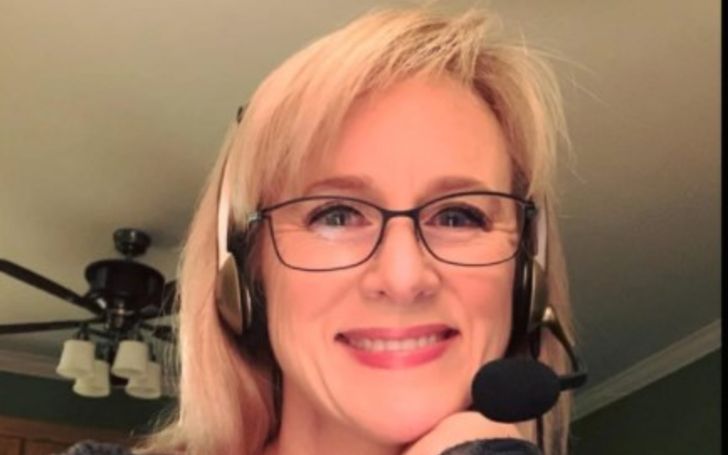 Who is Andrea Lindenberg? Professionally, she’s a news anchor and broadcast journalist who garner massive fame through her popular radio show on Talk 99.5 called Matt & Aunie. After a gap, she is set to return to TV. The veteran will be seen again on the screen as the CBS 43 Morning News co-anchor, along with Jack Royer, from January 6, 2021. Let’s learn more about her professional and personal life.

Talking about Andrea Lindenberg’s finances, she hasn’t shared any information on her fortunes. Due to this reason, there is nothing to share; however, some speculation runs on the internet about her net worth.

Many reliable sites estimated Andrea holds an impressive net worth of $800,000 as of 2020. Yes, she got a six-figure fortune, and we think it’s legit for her net worth to revolve around that estimation. Why? Well, she is invested in the broadcasting industry for more than two decades, and with that long journey, it’s normal for her to own that kind of net worth.

Andrea Lindenberg is a veteran journalist. She began her journey in the broadcasting world back in 1993. Back then, she worked as a news anchor at FOX6 WBRC. There she honed her skill doing a little bit of everything in the newsroom.

After serving WBRC for almost twelve years, she left the firm in 2004. Then she tried something new and began to work as a video and print talent for Real People Talent A. She stayed active there for three years until 2007.

In July 2007, she returned to the screen as a news anchor for Alabama’s 13, WVTM. She spent six years of her life at that firm and subsequently started working as a radio talk show host for Lochamy & Linderberg 97.7 The Peach.

After some excellent months, she joined Crawford Broadcasting WYDE as a radio show host. Similarly, Andrea left that firm and began to serve Cumulus Media as their host, where she still works.

As for Andrea’s future projects, she will soon make a comeback on the television screen. According to Height Zone, she will make her appearance as co-anchor of CBS 43 Morning News from January 6, 2021.

Speaking of Andrea Lindenberg’s relationship status, she is happily married to her husband, Kent Barber. Sadly, further information on her beau is unknown until now. The news reporter is very private when things arise about her family; thus, much isn’t shared regarding this topic.

Like the details on her spouse’s information linked with their kids hides behind the curtain. Although much isn’t shared media believes the duo are parents to a couple of beautiful children.

By now, you guys already know Andrea Lindenberg prefers to keep her personal life away from the public eye. Because of which much isn’t known about her husband and children. Further, the same goes for her early life. Thus, details on her parents and siblings live in the shadow.

Not only Andrea’s family but the exact date and year of her birth is also unknown; however, sources claim she might be in her mid-forties as of 2020.

Regarding Andrea’s hometown, the talented beauty hails from Birmingham, Alabama, and belongs to American nationality. She graduated with a Bachelor’s degree in Speech Communications from Auburn University back in the year 1988.

One thought on “Andrea Lindenberg”