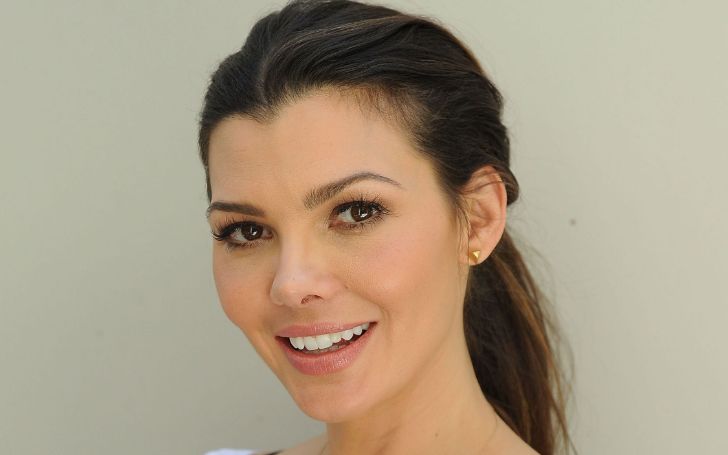 Who is Ali Landry? She’s an American actress, model, and beauty pageant titleholder who won Miss USA 1996. This page will provide you the information about Ali Landry; thus, go through the article to find out all there is to about her.

Ali Landry is a successful model and actresses who have touched millions of hearts, whether through acting or modeling. She has shown us her visions regarding life and current situations through her pageantry years. Not only this, Ali motivates the young people to follow their dream and not to care about what society thinks. Speaking about her net worth as of 2020 is expected to be $6million as per Celebrity Net Worth.

Ali earned her wealth through her years of dedication to her acting and modeling career. Aside from this, Landry owns a brand that motivates people to be healthy and well-being. Moreover, she is one of the judges of Miss Teen USA. Ali is enjoying her life as a rich person with her beloved family.

Landry came into the highlight as she was one of the fair competitors in her youth’s beauty pageants. After marking her position in the pageantry industry, Ali inclined towards Hollywood.

The 47-year-old beauty started her journey as a forefront of the popular commercials that aired during the Super Bowl from 1998-2000. After being in the commercials, Ali was seen in one of the sitcoms, “Eve,” as Rita Lefleur. In 1998, People Magazine listed her as one of the 50 most beautiful people in the world.

Ali has acted in many films and sitcoms with her excellent acting skills. She has made her appearances in Clueless, Sunset Beach, The Bold and The Beautiful, The Two Guys, Felicity, Inside Schwartz, and Criminal Minds. Not only this, but Landry is also an athlete who has participated in one of the reality television show, Fear Factor. She has shown her sports spirit in the television show Boston as well.

Ali Landry is living her peaceful married life with her husband, Alejandro Gomez Monteverde. Landry met her life partner during her shoots and fell in love with each other.

Speaking about Landry’s husband, Alejandro is one of the famous film directors who has directed the hit movie Bella which was honored by the Toronto Film Festival, the Smithsonian, and the White House. They got married on April 6, 2006, in Mexico. The duo shares three children Estela, Marcelo, and Valentin.

Though she is currently married to Alejandro, previously Landry was married to actor and host Mario Lopez. The pair met each other at Miss Teen USA 1998, where he was a presenter, and she was a commentator.

The former couple dated for many years and got engaged in the summer of 2003. They took their vows on April 24, 2004, at the exclusive Las Alamandas resort outside Puerto Vallarta, Mexico. But due to Lopez’s affairs with somebody else during their married life, the ex-couple decided to get divorced a few weeks later.

Ali Landry was born on July 21, 1973, in the USA. She was named after Ali MacGraw when her mother, Renella Ray, watched the film “Love Story” in 1970. Ali grew up in Cecilia, Louisiana. Her father’s name is Gene Allen Landry.

Landry passed her high school in 1991 from Cecilia high school, where she was the captain of the school’s cheerleader team. She completed her degree from the University of Louisiana, Lafayette, in mass communication.