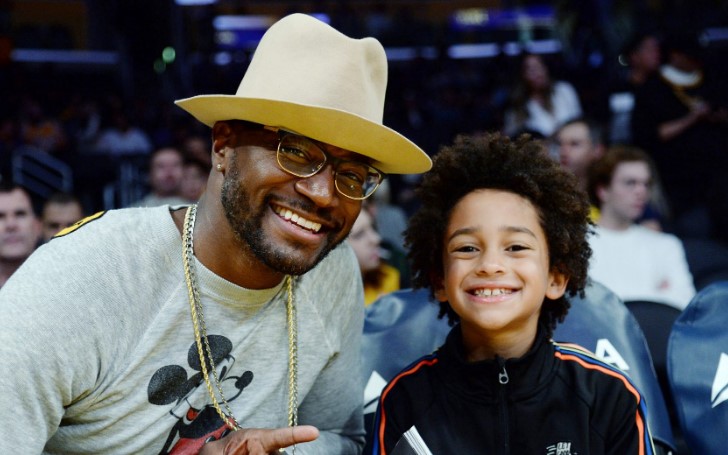 Walker Nathaniel Diggs is the celebrity son of Taye Diggs. Born Scott Leo Taye Diggs, he is an American actor and singer best known for his roles in the Broadway musicals “Rent” and “Hedwig” and many more. Moreover, Taye also appeared on television shows like “Private Practice” and “All American,” and movies like “How Stella Got Her Groove Back,” “The Best Man Holiday,” and many more.

Walker Nathaniel Diggs Net Worth in 2020

Well, we suppose it’s too early to discuss Walker Nathaniel Diggs’s net worth just yet as he is still a kid, but when it comes to his father, Taye Diggs’, net worth, the American actor/singer holds a massive net worth as of 2020.

According to some online sources, the 50-year-old actor/singer flaunts a whopping net worth of $14 million. Taye made his fortune through working as a Broadway actor, singer, and finally appearing on various television shows and movies.

While talking about Taye Diggs’ Broadway debut, he acted in 1994’s the revival of a musical called “Carousel.” The show received five Tony Awards and helped the 50-year-old actor/singer put on the map.

Sadly, Taye Diggs and Idina Menzel’s marriage didn’t last for too long, but the former couple is blessed with a wonderful son, Walker Nathaniel Diggs. Nathaniel turned 11 years old in 2020, and he is in custody of his father following Taye and Idina’s divorce.

After a decade in their marriage, Diggs and Menzel called their marriage off in 2013. According to Nicki Swift, the former couple met in working together on the hit Broadway musical “Rent” in 1995. The announcement for their divorce came in a joint statement, however, none of them stated the cause of their divorce.

While some fans took the liberty of Diggs cheating on Medina, or vice-versa, but all those rumors stayed a rumor as both remain tight lipped following their split. Well, it’s been almost seven years now, the former couple separated, not a word from them still.

Walker Nathaniel Diggs is Okay With His Dad’s Girlfriend

Back in 2019, Taye Diggs introduced his new girlfriend to the world, and also to his son, Walker Nathaniel Diggs. It’s obvious Taye faced a bit of awkward situation introducing his girlfriend to his son, but as it seems, Walker is pretty okay with his dating entering the dating scene.

As the People Magazine reported, Taye said it was pretty stressful to have his son Walker meet his then-new girlfriend. But, things went pretty good for the Broadway actor as Walker approved his relationship with his new girlfriend.

“I started seeing somebody, and it was pretty stressful, but I introduced her to him [Walker], and they get along really well. We just went out and decorated the whole house for Halloween, so that was cool.”

I said, how do you like the new lady? And he goes, ‘It’s good. She doesn’t use a high voice when she talks to me. She talks to me like an adult. And he’s like, as soon as you do that, it’s done, but, you know, she speaks to him like an adult, and he respects that.”

You May Also Like: Find out more about Ali Landry’s age, wiki, bio, net worth and more.

That’s all for now, hope you liked the article, if you did, don’t forget to check out more on Featured Biography (FB)