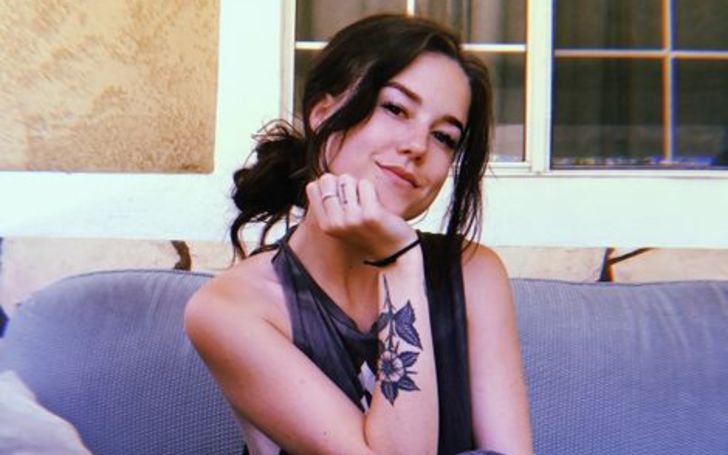 Alaina Meyer is an American model by profession. In the past few years, she aroused both media and the public’s attention and due to her works but because of her chemistry with a famous celebrity. Let’s find out more about that, along with many other things about her!

Who is Alaina Meyer’s in a Relationship With?

Alaina Meyer is in a live-in relationship with her boyfriend, Johnny Galecki. Her partner is an American actor famous for portraying as Leonard Hofstadter in the long runned hit series The Big Bang Theory.

The news of the model dating the actor came to the public in September 2018. After that, they were spotted at a number of locations. Moreover, the lady frequently visited her sweetheart on The Big Bang Theory set in his finale season.

On May 03, 2019, the two announced that they were expecting their child through their respective Instagram account. Seven months later, in December 2019, they welcomed their baby boy.

Both of them took to social media to announce the good news. The celebrity duo’s child’s name is not revealed yet.

Right now, Alaine and her lover are busy taking care of their kid together in their parenting role. The duo is not yet married or engaged, but now sharing a child things looks promising than it did before.

Alaina Meyer has a net worth of $100,000 from her professional career as a model. Although she might have a modest wealth for a celebrity, she won’t be too much bothered by it as she has her wealthy lover Johnny Galecki by her side.

The 45-year-old is one of the recognized faces on television and holds an eye-popping net worth of $100 million. Furthermore, he charges $1 million per episode from his television appearance. His such high payroll is all thanks to the enormous popularity of his starred sitcom, The Big Bang Theory.

On top of that, the Roseanne star owns a luxurious house in Hollywood Hills. The humongous 5,334 square feet mansion consists of six bedrooms, six bathrooms, a gym, a landscaped swimming pool, outdoor dining patio, among various other features. The home previously owned by actor Jason Statham‘s cost him $9.2 million, which he bought in 2015.

With almost every materialistic available, Meyer must surely live like a queen with her partner and kid at their home.

Alaina Meyer was born on February 02, 1997, in San Diego, California. She is the daughter of John Stryker Meyer, a former US Army Special Forces who fought in the Vietnam War. Likewise, she is close to her dad, and in her June 2016 Instagram post referred him, “My everything.”

The 23-year-old has tattoos in many parts of her body. Most notably, she has a tattoo inked JG on her right forearm. Her boyfriend also returned her favor and tattooed her initials AMM with a heart on his left hand.

The 1.70 meters tall lady is also an animal lover and many breeds of pet dogs. Moreover, she also loves horses and plans to buy land to rear horses in the future. Alaina also likes riding motorcycles.