Ainsley Earhardt is an author and television personality from the United States. Keep scrolling down to know more about her. 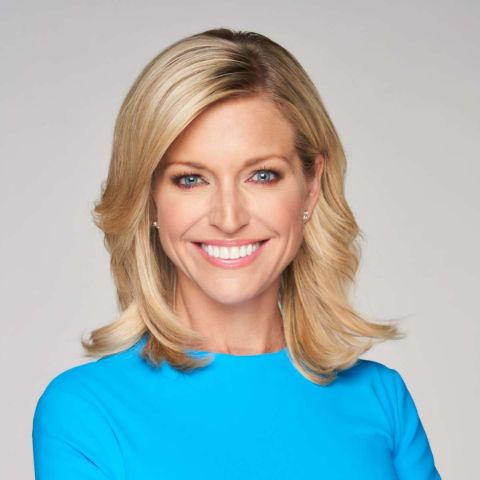 Ainsley Earhardt‘s annual salary at Fox News is around $400 thousand. The TV host has amassed a sizable fortune from her shows and the sales of her books. Her three books have also been New York Times best-sellers. Her net worth is estimated to be $8 million as of 2021, according to sources.

The author has had a successful career as a journalist. On Fox and Friends, she discusses a wide range of topics and is a source of inspiration for many people. According to sources, Earhardt’s ex-husband, Will Proctor has a net worth of more than $2 million as of early 2020, earned primarily through a career in professional football. Ainsley also sells her book on Amazon and the link to it is given on her Instagram.

Ainsley Earhardt’s television career began as a morning and noon anchor for a local CBS station in South Carolina. From 2000 to 2004, she worked for the station. Earhardt relocated to Texas in 2005 to work as an anchor for KENS-Eyewitness TV’s News This Morning and Eyewitness News at Noon. Earhardt is best known as a Fox and Friends co-host. She began working for Fox News Channel in 2007 and became a co-host of the popular show in 2016.

The TV personality has co-hosted All-American New Year’s Eve, America’s News Headquarters, and Fox and Friends First for the network. On Hannity, she also had her own segment called Ainsley Across America. She is the author of three books: Take Heart, My Child: A Mother’s Dream; Through Your Eyes: My Child’s Gift to Me; and The Light Within Me: An Inspirational Memoir. Take Heart, My Child: A Mother‘s Dream was named a New York Times bestseller.

Ainsley Earhardt is currently dating Sean Hannity. It’s been a well-known fact for quite some time, and the two are also known as Fox’s first couple. The duo have been dating for a while, but it wasn’t revealed until 2019 that the two are seeing each other. Both Ainsley and Sean have previously been married and are currently divorced. Sean Patrick Hannity is another well-known figure in the American media.

Their relationship allegedly began when both of them divorced their respective spouses at the time. Ainsley Earhardt was married twice before divorcing Will Proctor in 2019 after a seven-year relationship. Sean divorced Jill Rhodes at the same time, bringing their 25-year marriage to an end. Despite the fact that the couple had been dating since 2019, it wasn’t until 2020 that they decided to publicly acknowledge their relationship. Hayden Earhardt is Earhardt’s daughter. Nonetheless, the sweet couple is well-liked and adored by the public, and things have been going well for them up to this point.

The couple’s relationship drew a lot of attention, and they are currently in a beautiful relationship. Ainsley and Sean are both quite mature. And they’re doing a good job of managing their relationship while also taking equal care of their children. We adore the couple and wish them all the best in their future endeavors.