Ahmet Ertegun was notable for being the co-founder and President of Atlantic Records. Let's know all details about his wealth, personal life, and early life. 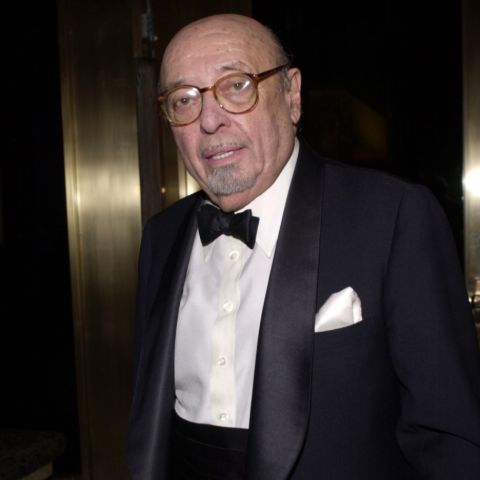 Ahmet Ertegun was a Turkish American songwriter, businessman, and philanthropist who co-founded Atlantic Records and served as its president. Many notable rhythm and blues and rock musicians were found and championed by him. Ertegun also penned blues and pop classics. In Cleveland, Ohio, he served as chairman of the Rock and Roll Hall of Fame and Museum. “One of the most significant people in the modern music industry,” according to Ertegun. He was inducted into the Rhythm and Blues Music Hall of Fame in 2017 for his contributions to the music industry.

The American songwriter worked with Ben E. King, Solomon Burke, Otis Redding, Sam and Dave, Percy Sledge, Aretha Franklin, and Wilson Pickett. Atlantic contributed to establishing the emergence of soul music in the 1960s, frequently collaborating with local labels like Stax Records in Memphis. Ahmet has amassed a massive fortune from his career as a businessman and songwriter. According to Celebrity Net Worth, he was estimated to collect an impressive net worth of $300 million.

Furthermore, Ertegun and his co-founder Jerry Wexler sold Atlantic Records to Warner Bros-Seven Arts for $17 million in 1967. That’s the equivalent of $130 million after adjusting for inflation. He invested part of his windfall in what would eventually become an extremely valuable collection of modern art. After he died, his collection was housed at a museum in Naples, Florida.

Ahmet Ertegun’s Married Life. Who Was His Wife?

Ahmet Ertegun was a married man. He tied a knot with Jan Holm, a Swedish-American actress, fashion model, and set designer, on January 6, 1953. Jan was the daughter of Carl Enstam. Before marriage with Ahmet, Holm was married to Walter Rathbun. Unfortunately, Ertegun and Jan didn’t last for long, and they divorced in 1956 after having no children.

Moreover, the businessman married Ioana Maria “Mica” Grecianu, the former wife of Stefan Grecianu and the daughter of Romanian statesman Gheorghe Banu, in 1961. Mica went on to become a well-known interior designer and the co-founder of the MAC II decorating firm. The couple didn’t have any children.

Ahmet Ertegun was born in Istanbul, Turkey, on July 31, 1923, and passed away in December 2006. He passed away at the age of 83. Hayrünnisa, his mother, was a talented musician who performed both keyboard and stringed instruments. She purchased the most popular recordings of the day, which Ahmet and his brother, Nesuhi, listened to. His father, Munir Ertegun, was the Ambassador of the Republic of Turkey to the United States. Nesuhi, his older brother, exposed him to jazz music when he was nine years old, taking him to London to witness Duke Ellington and Cab Calloway orchestras.

Ertegun earned his bachelor’s degree in 1944 from St. John’s College in Annapolis. Munir Ertegun died in November of the same year. As a gesture of friendship between the US and Turkey, President Harry Truman ordered the battleship USS Missouri to return his remains to Turkey in 1946. This display of support was intended to counteract any future political demands from the Soviet Union on Turkey. Ahmet was a graduate student at Georgetown University studying Medieval philosophy at his father’s death.