Many know of William Zabka from the famous movie The Karate Kid, where he starred as Johnny Lawrence, the high school bully. Here are all sorts of details to know about the actor. 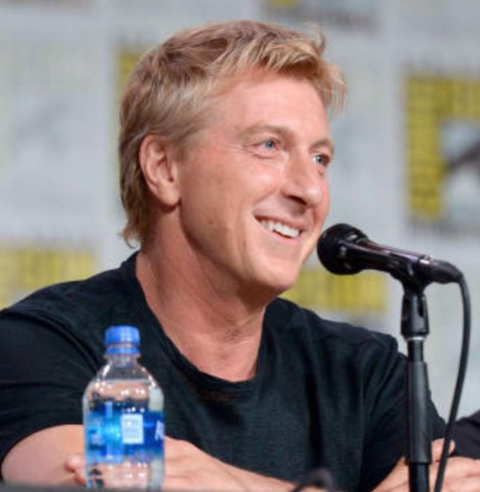 William Zabka belongs from a family of well-established actors, where both of her parents worked in the film industry in various capacities. As for William himself, he began acting in his late teens with his first official credit on the Greatest American Hero TV series.

After auditioning and waiting for the perfect role, he came forward with a role of his lifetime by playing Johnny Lawrence, the high school bully who menaces Ralph Macchio‘s character in The Karate Kid. The movie made a massive earning of $100 million on a budget of $8 million.

Karate Kid’s success enabled Zabka to star in various movies like, Just One of the Guys, Back to School, A Tiger’s Tale, For Parents Only, Shootfighter: Fight to Death, High Voltage, and many more. Other of his recognized works include How I Met Your Mother and Kobra Kai.

Specifically speaking about William Zabka’s colossal net worth, he’s made sure to stay at a comfortable position from his decades worth of earnings in the acting industry. According to Celebrity Net Worth, his net worth collection amounts to a staggering amount of $3 million as of 2021.

You may also like: All To Know About British environmentalists Brigit A. Weiner

The 53-year-old’s managed to create a successful career not only professionally but also financially. He’s sharpened his skills as an actor, martial artist, film producer, businessman, musician, and singer-songwriter, earning significant net worth for himself. Currently, he lives a lavish lifestyle accompanied by his wife and kids.

William Zabka was born in New York City as the son of Nancy Zabka and Stan Zabka. He graduated from El Camino Real Charter High School in Los Angeles. Speaking about his private life, he’s happily married to the love of his life, Stacie Zabka.

The couple married in a private ceremony in 2008, and together they share two lovely children whose names are kept in private for personal reasons. That’s all for now. Make sure you follow Featured Biography for more of these reads on your favorite celebs!