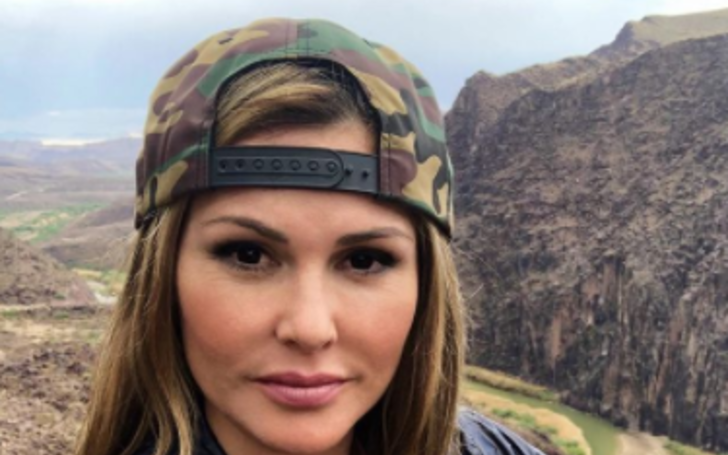 In the current period of time, we’ve seen reality shows become one of the most preferred media of entertainment. These shows range from broadcasting celebrity lifestyle, love stories, and many more. Just like that, today we talk about another reality show, actress Veronica Montelongo. Fans might’ve seen her and her then-husband Armando Montelongo on the show Flip The House. Follow the read to learn more about the gorgeous lady and her details like net worth, career, love life.

Reality show stars gather quite a lucrative amount of salary from appearing on the television. Many have made fortunes for themselves and gained success not only professionally but also financially as well. Veronica Montelongo also made quite the deal for herself by appearing in the American reality show Flip The House.

Specifically speaking, the actress’s net worth is expected to be at a staggering amount of $1 million as of 2020. She made a handsome sum of between $100,000-$200,000 per annum. She also received extra income by appearing in a couple of movies around when she did the show on A&E TV.

You may also like: Jordan Lane Price Net Worth Collection

Not only that, as Veronica separated from her millionaire husband, she also received hefty alimony as a divorce settlement. Sources mention that she’s received about $4000 a week along with an additional payment of $250,000 for five years. However, Armando was unable to pay the sum on time, which was a total of $147,500, for which his ex-wife sued him and took him to court.

Veronica Montelongo and her actor husband Armando Montelongo turned heads when they appeared on A&E television net worth show Flip The House on July 24, 2005. The show was based on the couple’s real estate business where they would buy a run-down house, completely furnish, change its looks, and then sell it to the new owners.

The Montelongo‘s made quite the profit in their show, which ran for a smooth five seasons. After the show was over, Flip The Show actress also made her movie debut with Line of Duty as the lead character’s mother.

Veronica Montelongo was formerly married to her husband/ business partner Armando Montelongo in 1994. The marriage ceremony was a private ceremony held between friends, family, and loved ones. Together, they ran a television show and had a motion picture and production company named Armando Montelongo Productions.

The couple enjoyed their relationship for over a decade and ended up parting ways in 2011. The divorce was finalized in April 2012, making them officially separated. As of now, Veronica doesn’t seem to be in a relationship, but she does mention having a 20-year-old son named Mandoman Montelongo and shares his pictures on Instagram.