Valter Skarsgard is a Swedish actor best known for his roles in films such as 'To Kill a Child,' 'Arn – The Kingdom at Road's End,' and 'IRL.' Keep scrolling down to know more about him. 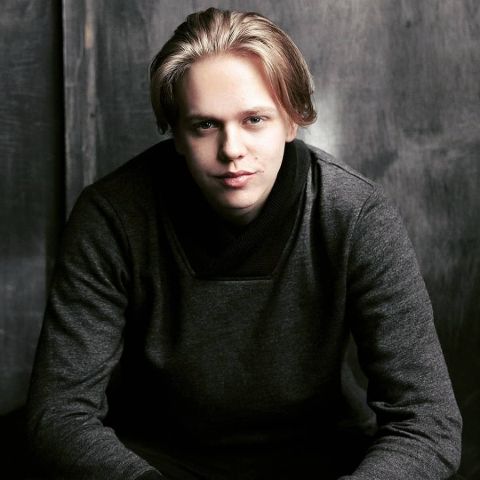 Valter Skarsgard was born in Stockholm, Sweden, on October 25, 1995. Gustaf, Alexander, Bill, Sam, and Eija, his older siblings, raised him. Valter spent most of his childhood with his siblings because his father had to travel frequently for work. On the other hand, his mother was often unavailable for various reasons, leaving the siblings to care for one another.

The artist attended ‘S: t Eriks gymnasium,’ a well-known Stockholm high school. He was exposed to the glitz and glam of showbiz at a young age because he was born into a family of actors and entertainers. Valter became interested in a career in the entertainment industry because his older brothers were already involved.

Many members of Valter’s family have made a name for themselves in the world of acting. While his father, Stellan Skarsgard, is a well-known Hollywood actor, his mother, My Skarsgard, has appeared in several Swedish films and television series. His older brothers have all appeared in movies and television series and are well-known in their own right.

Eija Skarsgard, his sister, is a former model working as a nightclub manager in Stockholm. Valter also has two half-brothers, Ossian Skarsgard and Kolbjörn Skarsgard, from his father’s second marriage to Megan Everett. Valter is a frequent user of social media. While his Instagram page has over 44.6k followers, his verified Twitter account has over 19.7k followers.

Valter Skarsgard’ Net Worth and Career

According to online sources, Valter Skarsgard, a well-known TV actor, has a net worth of $4.5 million at 23. He is one of the well-known celebrities out there. The majority of his income comes from being a successful TV actor. Valter made his acting debut in the film ‘Detaljer‘ when he was eight years old. Surprisingly, he played the younger version of his older brother, Gustaf’s, character. His outstanding performance earned him a prominent role in a short film titled “To Kill a Child,” which won a couple of awards at the 2003 “Odense International Film Festival.“

In 2007, Valter co-starred with his father in ‘Arn – The Knight Templar.‘ The following year, he reprised his role in the film’s sequel, ‘Arn – The Kingdom at Road’s End .’ the next year. In 2012, he made his television debut in the teen drama series ‘Portkod 1321,’ where he played a prominent role. Valter made an appearance in six episodes of the series.

The actor’s made his big break in 2013, when he was cast as one of the lead characters in the teen drama film ‘IRL.’ Valter played Elias, a troubled high schooler, in the movie. In 2013, he appeared in Emil Hero‘s music video, ‘Love,’ alongside Ludvig. In 2014, he appeared in another music video titled ‘Keep that dream Alive,’ released by the Swedish musical duo Vinsten.

In the same year, he reprised his role in the ‘Portkod’ sequel to the 2012 TV series. He portrayed Lippi in the Scandinavian TV series ‘Black Lake’ in 2016. Valter was cast in three feature films in 2018, namely ‘Lords of Chaos,’ ‘Innan vintern kommer,’ and ‘Fun House.’ He played the lead role of Kasper Nordin in Jason William Lee‘s film ‘Fun House.’