Who is Ginny & Georgia Star Felix Mallard’s Girlfriend? Find All The Details Here 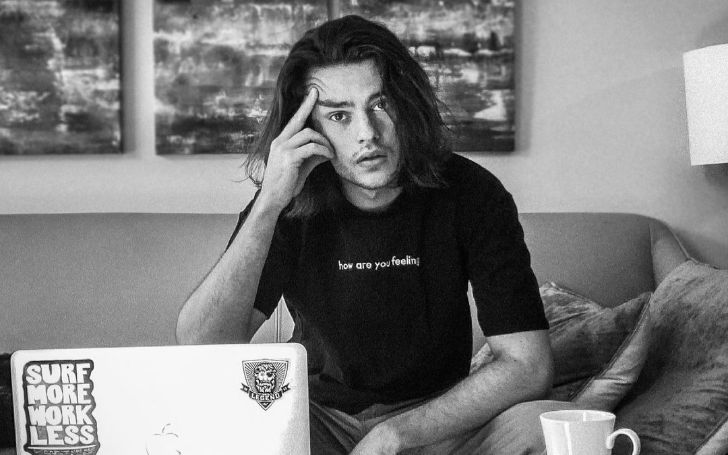 Felix Mallard is an Australian actor, musician, and model who is known for his role as Marcus Baker in Ginny & Georgia. She worked with other actors such as Brianne Howey, Nikki Roumel, Antonia Gentry, and Damian Romeo in Ginny and Georgia. In 2014, he made his acting debut in the Australian television serial opera Neighbours, playing Ben Kirk. Mallard relocated to the United States in 2018 and played Cooper in the American comedy series Happy Together until it was canceled in 2019. Moreover, he plays the role of Lucas Caravaggio in the Netflix series Locke & Key.

The Australian actor made his acting debut at the age of 15 in 2014, when he stepped into the character of Ben Kirk in the Australian television soap opera Neighbours for a three-week, six-episode guest appearance. In addition, Felix has played many romantic roles in the movies. So, let’s get to the point of why you’ve landed on this page: who is Felix Mallard dating?

Felix Mallard’s Relationship Status, Who Is He Dating?

Let’s know about Felix’s Relationship Status. Is he married, single, or dating? Well, the young star seems to be single as of 202. However, because this is an unofficial story and the actor is notoriously guarded about his personal life, it isn’t easy to speculate about his relationship at this time.

Fans believe Felix is dating Lucinda Everist, one of his friends. Lucinda is an Australian model residing in Melbourne. She also works at “Kloke” as a retail assistant. But, as we previously stated, this is all just supposition. Furthermore, Lucinda appears to have a new boyfriend. So, all we can say is that Felix Mallard is enjoying his singlehood.

Also See: Have A Look At Jon Favreau’s Colossal Net Worth Collection

On-screen, Felix and Antonia Gentry have an exceptionally close relationship, yet the two have stated that they are not dating. However, after hours of stalking Mallard’s social media, it appears that the actor is currently single. He has got 3.3 million followers on his Instagram and 48.3k followers on his Twitter. We can see his photos and works on his social media account.

Felix Mallard was born on April 20, 1998, in Melbourne, Australia. He is 23-year-old as of 2021 and holds Australian nationality. Additionally, his father’s name is Dave Mallard, a businessman, and his mother’s name is Jane Mallard. He has a sister whose identity is unknown.

The Ginny & Georgia Star went to a nearby Melbourne high school for his early education. Following that, he enrolled at a small private institution in Melbourne, where he received his diploma. Mallard used to enjoy fencing and was highly involved in sports during his high school and college years. In 2012, he also competed at the state and national levels, winning two bronze medals at the Victorian National Champions.