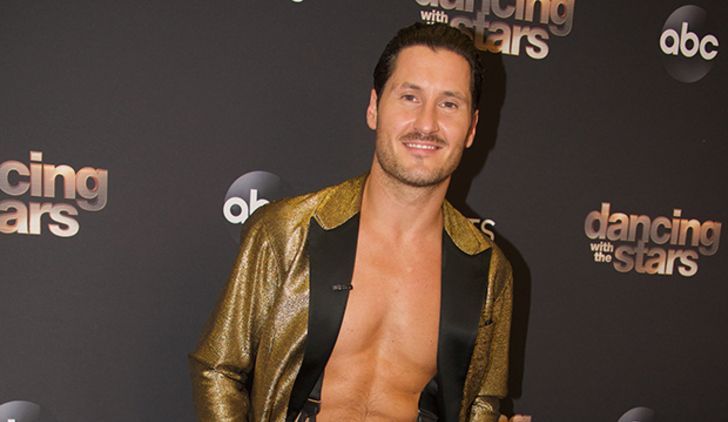 The fans of the reality show Dancing With The Stars must be aware of one of its recurring professional dancer Valentin Aleksandrovich “Val” Chmerkovskiy, famously known as Val Chmerkovskiy. He is a proud two-time winner of the show Dancing with the Stars and two-time winner of World Latin Dance Champion (Junior and Youth) as well as 14-time U.S National Latin Dance Champion. Crazy, right? This shows the amount of dedication and talent the dancer has. So, today without further ado, let’s move on to know more details on the fantastic dancer’s life.

Val Chmerkovskiy is definitely a man of different talents, which he solely proved in Dancing with the Stars. Besides his world-recognized talent in Dancing with the Stars, did you know that he’s also a rap artist, violinist, and the owner of multiple dance studio chains? Throughout the years, he’s not only managed to establish himself as a pioneer figure in the dancing world but also made way to make a handsome financial profile for himself.

According to Celebrity Net Worth, the pro-dancer has made an impressive net worth collection of $7 million as of 2020. Most of his earnings come from his dancing expeditions in various reality shows, advertisements, sponsorship, and many more. He’s also a co-owner of a total of nine social dance studios, namely Dance with me, located in various places like Southlake, Texas, Manhattan, New Jersey, and many more.

You May Also Like: Who is Bronson Webb? How Much is his net worth?

Chmerkovskiy’s also invested in real estate properties that earned him big bucks over the years. In 2017, he bought a $1.2 million abode in West Hollywood, California, which he sold in 2019 for $1.4 million. After that, he bought a $1.6 million house in the LA suburb of Tarzana, where he currently resides.

Val Chmerkovskiy comes from a family of dancers, not only him, but his brother Maksim Chmerkovskiy also happens to be a professional dancer on Dancing with the Stars. As for Val, he first gained popularity after becoming the first American dance team to win a world junior championship at the age of 15.

After that, the 34-year-old made his first appearance in a reality show on season 2 of Dancing with the Stars. He came in the front as a student of his brother and then later appeared on season 4. In Season 4, he also danced off with his brother Maksim. It went the same, and he came in season 10,11,13,14 and many more seasons before finally winning on season 20 with his partner Rumer Willis.

Chmerkovskiy’s second win was secured in season 23 of Dancing with the stars along with his partner Laurie Hernandez.

Speaking of his love life, Val Chmerkovskiy is happily married to the love of his life, DWTS dancer Jenna Johnson. The couple were previously known to be in an on and off relationship since 2015 and they finally engaged on June 15, 2018 and tied the knot on April 13, 2019 surrounded by loved ones and family.

The pro-dancers mention that it was love at first sight having met on the sets of DWTS. After a long time of testing the waters and the ups and downs of the relationship, the couple seems to be enjoying the time of their lives with each other, traveling to different places and exploring.

Well, that’s all for now. Hope you enjoyed the brief read. Follow Featured Biography for an endless amount of articles on your favorite celebs!