Trisha Yearwood is a country music singer, author, actress, and celebrity chef from the United States. Following the phenomenal success of her self-titled debut album in 1991, she became the first female country singer to sell over a million copies of her debut album. Let's know more about her lifestyle down below. 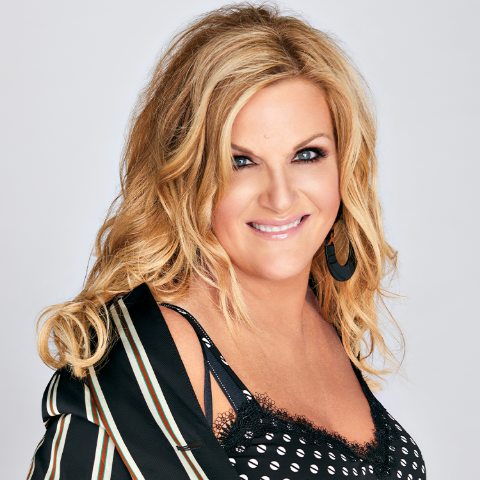 Trisha Lynn Yearwood has a net worth of $400 million as a country singer and actress. That is her combined net worth with her husband, Garth Brooks, a fellow country singer. Garth is responsible for most of their combined fortune, estimated to be between $300 and $350 million.

The couple bought a Malibu home for just under $5 million in 2008. In 2016, she and her husband had sold their home for $7 million. In the gated community of Paradise Cove, the property is half an acre in size and has access to a private beach.

The actress bought a $432,000 home in Nashville after her divorce in 1991 with her second husband. She was reported to be selling the 6,500-square-foot home in 2014, and she listed it for $2.2 million, which sits on four acres of land, has five bedrooms, six bathrooms, and a swimming pool.

Trisha Yearwood’s musical career was a huge success right away. In 1991, she released her self-titled debut album, which included the smash hit “She’s in Love with the Boy.” Lynn was instantly famous after her single reached number one on the Country charts. Her debut album was certified double-platinum after selling over a million copies. Yearwood became the first female country singer to sell one million albums with her debut album.

Willie Nelson was one of the many country stars who contributed to her third album. In 1995, she released ‘Thinkin’ About You,’ which had a more contemporary sound. Trisha’s first Grammy would come from this album, which featured the duet “I Fall to Pieces” with Aaron Neville.

The beautiful artist released ‘Everybody Knows‘ in 1996, but it didn’t receive the same positive response as her previous albums. In 1997, she rebounded with a greatest hits collection that debuted at number one on the country charts. It went on to become her best-selling album, with quadruple platinum certification.

Lynn teamed up with Revlon to promote their WildHeart fragrance after achieving success with her debut album. Then, with the publication of her cookbook Georgia Cooking in an Oklahoma Kitchen in 2008, she established herself as a celebrity chef, quickly rising to the top of the New York Times bestseller list. Her mother and sister worked together on the book. After that, she and her family went on to publish a second, equally successful cookbook.

The artist began hosting ‘Trisha’s Southern Kitchen,’ a cooking show on the Food Network, in 2012. Over the years, Lynn has continued to host the show, winning a Daytime Emmy for her efforts. Yearwood’s performance has received positive feedback from audiences, who say they enjoy seeing a different side of the famous country star.

Trisha Yearwood married her first husband, Chris Latham, in 1987 and divorced four years later. Bobby Reynolds, a bassist, was Yearwood’s second marriage. The couple lived in Tennessee for five years before divorcing in 1999.

Before their marriage in 2005, Garth Brooks and Trisha Yearwood were friends, having met when their careers were just getting started. Yearwood was proposed on stage in front of thousands of fans by Garth Brooks, who later stated that he had always known Lynn would become his wife one day. Brooks and Trisha have pledged to spend as little time apart as possible throughout their marriage, with some reports claiming they spend less than five days apart per year. After they married, Trisha became the stepmother to Garth Brooks’ three children.

Patricia Lynn Yearwood was born in Monticello, Georgia, on September 19, 1964. A banker and a schoolteacher raised Trisha, and she has always loved country music. She was soon performing in community talent shows, musicals, church events, and other activities. Trisha Yearwood earned an associate degree in business from Young Harris College after graduating from high school. Yearwood moved to Tennessee and enrolled at Belmont College to study music business after a brief stint at Georgia.

The 57-year-old’s background in the music industry helped her land an internship at MTM Records, where she was later hired full-time. The record label quickly discovered her musical abilities, and she ended up recording a demo tape and singing background vocals for a variety of artists.

During this time, she met a young Garth Brooks, who promised to assist Trisha in landing a record deal once he made it big. Yearwood sang background vocals on Brooks’ album and toured with him after becoming famous as a country singer. Producer Tony Brown offered her a record deal after seeing her perform on stage.