Tricia Janine Helfer is a former model and actress from Canada. She is well known for voicing Sarah Kerrigan in StarCraft II and its expansion packs and as the curvaceous Cylon model Number Six in Ronald D. Moore's reimagined Battlestar Galactica series. Know more about her down below. 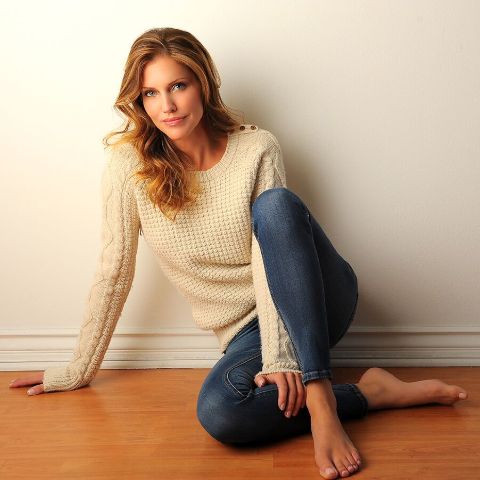 Tricia Janine Helfer is a model and actress from Canada with a net worth of $10 million. Her primary source of income comes from an acting career. Helfer is most known for her work in TV shows such as Battlestar Galactica, Lucifer, and Van Helsing. She also earns a decent amount from her modeling career.

Tricia Helfer was a prominent model who worked from 1992 to 2007. She won the Ford Models’ Supermodel of the World competition in 1992. Following that, Janine was presented with other options in her career. She has worked on renowned fashion shows such as Carolina Herrera, Christian Dior, and Claude Montana. In addition, Tricia has appeared on the covers of magazines such as Flare, Amica, ELLE, Cosmopolitan, and Marie Claire.

The model was also the magazine’s 2005 wall calendar girl and was placed #57 on Maxim’s Hot 100 ladies of 2007. In addition, she was the cover girl for the February 2007 issue of Playboy. On the other hand, Janine has appeared in commercial ad campaigns for Ralph Lauren, Versace, Chanel, and Giorgio Armani.

Aside from modeling, she is also a well-known actor. She made her debut appearances as Sarah in the television series ‘Jeremiah.’ After that, she appeared in 55 television series, including CSI: Crime Scene Investigation, Battlestar Galactica, The Collector, and others. Helfer also appeared in 18 short films and 14 feature films, including Eventual Wife, White Rush, Memory, Spiral, etc.

Tricia Helfer has been involved with several charitable organizations. She co-founded the charity website “Acting Outlaws,” which accepts donations for various causes and philanthropic activities. Janine contributes to the oil disaster in the Gulf of Mexico by donating money towards animal rescue. In addition, she created a PETA video campaign in 2014 to encourage cat owners to keep their pets safe.

Tricia Helfer previously married Jonathan S. Marshall in 2003. She first met Marshall, a lawyer, at a birthday party for a mutual friend. They’d been in a relationship since 2001. She separated from him in May 2017 and filed for divorce in January 2018, citing irreconcilable differences.

The divorce was finally finalized in 2019. The actress added that even after their divorce, they remained supportive of one another. She also spoke with them about their choices to go in various routes. The couple did not have any children together. She is not in a relationship and has not dated anyone as of now, in 2021.

Tricia Helfer was born in Donald, Alberta, Canada, on April 11, 1974. Elaine Helfer and Dennis Helfer gave birth to her. Trena, Tammy, and Tara, her three sisters, raised her. She is descended from Germans, English, Swedes, and Norwegians.

The 47-year-old attended William E. Hay Composite High School in Stettler. She and her three sisters used to labor on the family’s grain farm. Janine was discovered at age 17 by a modeling agency scout while standing in line at a movie theatre with a relative of hers, Crystal.