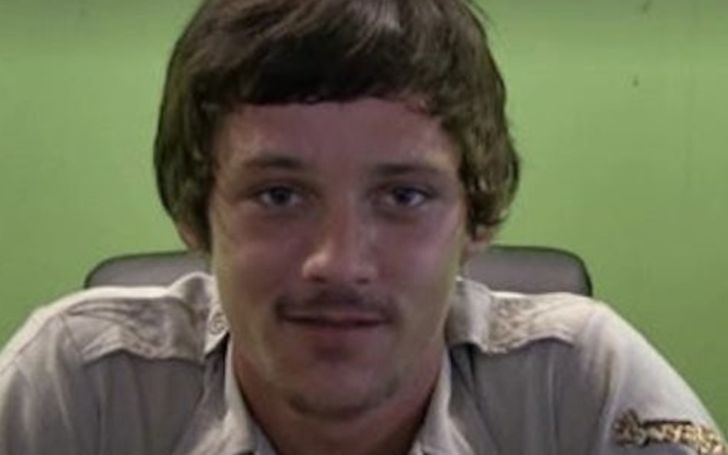 Behind every successful man is someone who continually supports him. In this case, it is Travis Maldonado, third husband of controversial zoo owner Joe Exotic. With a recent Netflix series,’Tiger King: Murder, Mayhem, and Madness,’ about the shocking accident that caused his demise. As the third of Exotic’s four husbands, Maldonado’s life had no shortage of drama. So, without wasting much time, let us get to know more about his personal life, death, and relationship details.

As odd as it may sound, it is a fact that Travis Maldonado had a three-partner wedding ceremony. In fact, he joined the zoo in December 2013 and started having an affair with Joe Exotic. Surprisingly, Travis wasn’t a homosexual like his beau was and shared multiple relationships with several women back then. Furthermore, he was just 19 when he met Joe before getting married. Despite such age difference, he couldn’t stop falling in love with the big cat owner.

Shortly after their dating life started, Travis was unofficially married to Exotic and had a three-partner wedding ceremony alongside John Finlay. Introducing you to Finlay, he worked at the G.W Zoo since 2003 and shared a relationship with Joe. Unfortunately, Schreibvogel broke up with his former lover after going through several conflicts, which meant a clean way between him and the late Maldonado.

You May Like: Biography, married life, and net worth of Jordana Beatty.

Thus, after a lot of drama, Travis Maldonado tied the knot with Joe Exotic in a wedding ceremony in 2015. Interestingly, with the wedding, the zoo owner also changed his name legally and kept Maldonado in it. While the past relationships of Travis’s aren’t revealed, his ex-husband shared multiple relationships. Besides Finlay, he used to date Brian Rhyne, who died of HIV and J.C. Hartpence. After Travis’s shocking death, he went on to marry for the fourth time to Dillon Passage on December 11, 2017.

The world got to know the story of Travis Maldonado after Netflix released a series on his story,’Tiger King: Murder, Mayhem, and Madness.’ Born on March 22, 1994, the California based Travis lived a low-key lifestyle. As per his family, he shared his bloodline with two sisters, Danielle Maldonado and Ashley Maldonado. Likewise, he was the son of father Danny Maldonado and mother Cheryl Maldonado.

Before joining the zoo, which changed his entire life, Travis Maldonado used to be a fitness enthusiast who loved weightlifting. Surprisingly, the Netflix show revealed how his medical records showed he had complicated meth and marijuana addiction. One of his friends, who happened to be a zoo employee, recommended that he join the G.W Zoo, hoping that working with animals can make things better.

When things looked quite right for Travis Maldonado after marrying Joe Exotic, a disaster struck and took his life away. He passed away on October 6, 2017, after having an accident that involved firearm. Surprisingly, he died in front of Joe Exotic’s campaign manager, who revealed that he died of a self-inflicted gunshot.

With such a complicated and dramatic life story, it was hard to believe for people that his death happened that way. As per the witness, the 23-year-old Travis Maldonado knew there was a bullet in his gun and pointed it to his own head. However, Joe Exotic’s then-husband was sure that the gun would not fire as it didn’t have a magazine. Unfortunately, it was there where he was wrong, and as he pulled the trigger, he passed away on the site itself.

His memorial service occurred at the Greater Wynnewood Exotic Animal Park on October 14, 2017. His obituary was created on the web as well from all of his close friends and family.