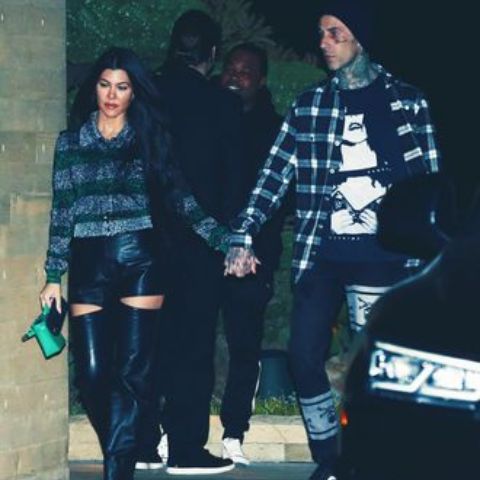 Travis Barker and his celebrity girlfriend, Kourtney Kardashian, may have just announced their relationship in the media, but it looks like they’re finally comfortable with PDA.

The new couple shared a steamy picture on Instagram, which seems to have rubbed their former lover the wrong way. The mother-of-three shared a loving portrait of her recent romantic getaway with the Blink 182 drummer, where he seemed to have carried her with hands around her back.

According to InTouch, Barker’s ex-partner Shanna Moakler is apparently not happy with the public display of affection. Mockingly she shared the opposite with several laughing emojis, laying her hand on boyfriend Matthew Rondeau‘s bare butt.

The image also has the former Miss USA commenting about Barker without actually naming him. She responded to a fan’s comment by taking a dig at her ex by saying, “Unlike some people, my relationship status isn’t based on social media posting. I’m happy [in] life, not on IG.”

Not only Moakler but Kourtney’s ex-husband Scott Disick also seems to have negative thoughts about the matter. In the final season of Keeping up With The Kardashians, he is shown to be affected by the PDA between his ex and her new boyfriend.

According to sources, “He (Scott) is trying to adjust and be a grown-up about it, but seeing Kourtney get so serious with someone so quickly is not easy—especially someone they have known for so long.”

They also added, “Scott has always held out hope that he and Kourtney will end up together and this is the first time he feels like someone else might prevent that. He doesn’t want to see or hear about it, but he’s trying to deal with it as best as he can.”

You may also like: Is Tristan Thompson Single or Still Dating Khloe Kardashian?

Despite the ex-drama, both the celebrity couple seems to be in a good place with each other, and there are also rumors that they might be heading in the marriage direction if things go similarly.

Well, that’s about it for now, we’ll make sure to update you if there is any news about the couple in talk.