Skip to content
Home » Entertainment » All The Details on Todd Chrisley Court Cases, Bankruptcy, and Net Worth As of 2021

All The Details on Todd Chrisley Court Cases, Bankruptcy, and Net Worth As of 2021 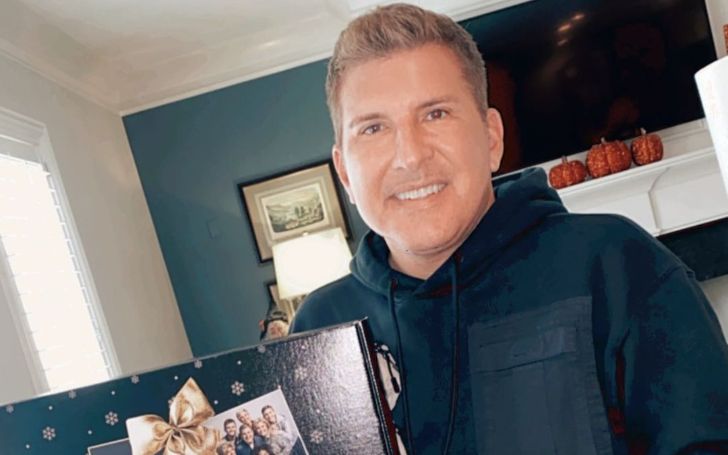 Todd Chrisley is a real estate investor and entrepreneur who has his hands in several businesses. “Chrisley Knows Best,” a reality show on the USA Network, is based on him. Mr. Chrisley is followed throughout the show as he goes about his everyday routine. From his successful career in business, he’s managed to make a magnificent amount of bank balance for himself.

Furthermore, Chrisley was a successful real estate broker in the past. But, his business failed miserably, and he even had to file for bankruptcy. Although he faced failures in his professional life, he still has a family to support him. Together with his wife of more than 20 years now, Todd leads a happy family.

What is Todd Chrisley’s Net Worth? Is He a millionare?

Let’s know about Chrisley’s richness. Is he a millionaire or not? Well, he is used to be a millionaire. But, in recent years, he is suffering financial constraints because of various bankruptcies. For now, he has a net worth profile of negative $5 million.

Chrisley and his family moved to Nashville in 2015, where there are no state income taxes, and purchased a $1.6 million property. He spent $3.4 million on a property just outside of Nashville in June 2019. They put the house on the market for $4.7 million just two months later, despite their alleged financial misdeeds. Todd and his family are living happily as of 2021.

Todd and his wife, Julie Chrisley, were arrested in Atlanta on a multi-count indictment on August 14, 2019. Between 2007 and 2012, the allegations included tax evasion, wire fraud, bank fraud, and conspiracy. According to the indictment, the couple allegedly ran a scheme that defrauded millions of dollars in bank loans by supplying false information. They also reportedly avoided paying federal taxes. Their accountant was also included in the indictment.

The Chrisleys are involved in a legal struggle that could result in them serving up to 30 years in prison if they are found guilty. Todd and Julie both entered not convicts, claiming that a former employee had spied on them and faked legal documents in their names. A social media post claimed that the criminal activities were carried out by a former “trusted employee” who stole from the family and committed the offenses without their knowledge.

They were compelled to appear in court and post unsecured appearance bonds totaling $100,000. Moreover, they were also told that they might only travel to Atlanta and California to tape their TV show. Chrisley filed for bankruptcy for the first time in 2012, listing $4.2 million in assets and $49.4 million in obligations in a Chapter 7 bankruptcy. Todd filed for company bankruptcy in 2013 after filing for personal bankruptcy in 2012. However, in 2015, Todd’s bankruptcy was handled, and he was had to pay a tiny sum of $150,000.