Grayson Chrisley is an American television reality star, actor, and model. He is also the youngest son of reality show star Todd Chrisley. To know more about him, keep scrolling down. 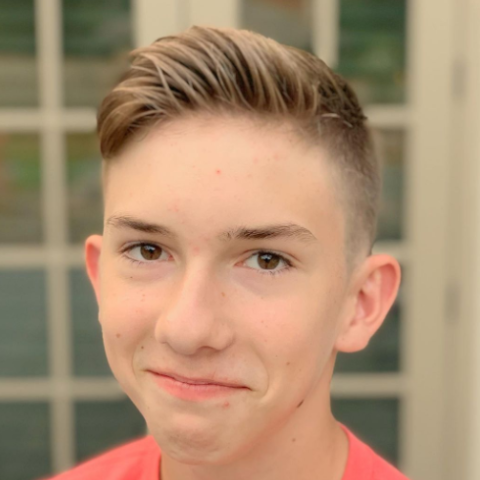 Grayson Chrisley, the youngest son of reality show star Todd Chrisley, is the next big thing on television. He is so endearing that he has won thousands of hearts on his family’s reality show, “Chrisley Knows Best,” which was based on the Chrisleys’ daily lives.

On the show, he was known as the tattletale, but he is just like any other regular child, who will immediately obey his parents’ orders and demands. As the naughty son of a millionaire, Grayson has gained a lot of notoriety. At times, he acts like a spoiled brat, and at other times, he is the most obedient of all the siblings.

Grayson Chrisley’s father first married Teresa Terry. However, little information about their relationship is available. However, the couple eventually divorced in 1996. Kyle Chrisley and Lindsie Chrisley, their two children, were born to them.

Todd Chrisley married Julie Chrisley, his second wife, on May 25, 1996. Julie rose to fame after appearing on the television show “Chrisley Knows Best.” Chase Chrisley, Savannah Chrisley, and Grayson Chrisley are the names of Todd and Julie’s three children.

Grayson Chrisley is a reality television star who has also appeared in a film. Despite this, we have no idea what his net worth is, but his father has a negative $5 million net worth. His father’s reality show, “Chrisley Knows Best,” premiered on the USA Network, is based on him. Mr. Chrisley is followed throughout the show as he goes about his daily routine.

The Chrisley family relocated to Nashville in 2015, where there are no state income taxes, and purchased a $1.6 million home. The Chrisleys spent $3.4 million on a home just outside of Nashville in June 2019. Despite their alleged financial crimes, the couple put the house on the market for $4.7 million just two months later.

Grayson Chrisley’s Parents, Todd and Julie Chrisley were arrested in Atlanta on a multi-count indictment on August 14, 2019. Between 2007 and 2012, the charges included tax evasion, wire fraud, bank fraud, and conspiracy. According to the indictment, they allegedly ran a scheme that defrauded millions of dollars in bank loans by providing false information. They also reportedly avoided paying federal taxes. Their accountant was also named in the indictment.

In a social media post, Todd and Julie claimed that the illegal acts were carried out by a former “trusted employee” who stole from the family and committed the crimes without their knowledge. They were compelled to appear in court and post unsecured appearance bonds totaling $100,000. They were also told that they could only travel to Atlanta and California to tape their TV show.

After appearing in his father’s reality show,”Chrisley Knows Best,” which aired on the USA Network in 2014, Grayson Chrisley rose to immense prominence. He came across as a witty boy as the youngest in the Chrisley family, with his father’s handsome appearance.

When the child celeb starred in his father’s reality show, ‘Chrisley Knows Best,’ the world was introduced to him. He came across as a humorous boy as the Chrisley family’s youngest child.

In 2016, Grayson landed a role in the Sci-Fi Horror film ‘Sharknado: The 4thAwakens,‘ bringing him from the small screen to the big one. He was born into a wealthy family and knew how to deal with all of the fame that comes his way. He is composed and calm, and he enjoys his celebrity status.

Grayson Chrisley’s Father, Todd Chrisley, has appeared in several reality shows, but his TV show, “Chrisley Knows Best,” has given him the most notoriety. His life and that of his wife and five children are the subjects of American reality television shows. Todd portrays himself as a tough and strict father who knows how to discipline his children.

His show premiered on March 11, 2014, and received an average of 1.16 million viewers. They’ve aired five seasons in total, with an average of over 1.2 million viewers per season. Chase Chrisley and Savannah Chrisley would later get their spinoff show, which was announced in 2017. The show would live-stream them regularly, giving their parents headaches and possibly heart attacks. “Chrisley Knows Best” is currently filming its sixth season.

Grayson Chrisley was born on May 16, 2006, into a wealthy family in Georgia and is the youngest of five. He is the fifth child of Julie Chrisley and Todd Chrisley, a celebrity couple who have been married for over 20 years. Savanna Chrisley, his older sister, adores him the most, and the two have an incredible sibling bond.

The 15-year-old is currently enrolled in school and is working hard to improve his grades and complete assignments. He spends his free time participating in sports and practicing football. Grayson enjoys going on vacations and exploring new places with his family and spends most of his time with his family, including his parents and siblings.