Toby Smith, also known as Tubbo on YouTube, is an English YouTuber and Twitch streamer best known for his Minecraft collaborations. He plays on the Minecraft server Dream SMP. 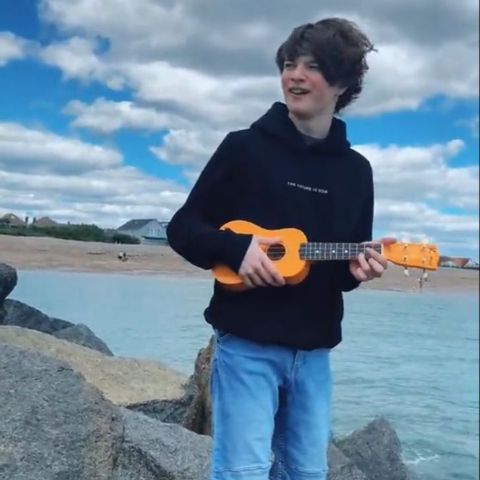 Toby Smith’s Net Worth Collection As of 2021

Toby Smith is an English Twitch streamer. Streamers nowadays make money from advertising, subscriptions, and gifts. Tubbo has an estimated 4 million subscribers on Twitch, from which he earns at least $2.5 a month for each month they are subscribed. The monthly subscription amount up to about $31,250 per month and $375,000 a year.

When a fan cheers with bits in the talk, the streamers earn money through the Cheering function. “Cheer100” summons a dancing purple diamond for $1.4. He has a net worth of $500,000, according to estimates. Also, Toby’s managed to earn a total of 2.5 million subscribers on his YouTube channel.

Toby Smith began streaming on Twitch in 2018 and anticipated major growth in 2020. He used to stream Skyblock and his modded SMP series, which he still does on particular occasions.

Tubbo later joined SMPEarth, a huge Minecraft survival multiplayer server that was shut down in April 2020. He is notable for being the only person on SMPEarth to be killed by an AFK player (VoiceoverPete).

Smith has since joined the Dream SMP, where he (very) often plays to this day. He collaborates with Wising, ElectroTech, 0LM13, iMoltres, and Ternmaex on servers and events.

The streamer launched POGGOP, an anarchy server, in the middle of 2020. (poggop.org). Owing to implementation concerns and latency issues, the project was quickly abandoned.

The Qube Mini-games Network, which was developed around June 2020, lasted about two months before crashing due to a code licensing problem, despite the network providing a few streams.

The Youtuber is currently working on TubNet (TubboNetwork), a forthcoming crossplay minigames server capable of supporting tens of thousands of players. It will have 1.16 minigames.

Tubbo is friends with TommyInnit, a YouTuber and streamer who creates similar content and is about the same age as him; however, contrary to common opinion, Toby is 4 months older than Tommy. They became friends after Tommy raided Tubbo’s Twitch stream when they were both small Twitch streamers. This was prior to each of them launching their YouTube careers under their new monikers.

The streamer appears regularly in Tommy’s YouTube videos. The videos in which they investigate hacked clients are the most well-known. They also record on Wynncraft and TheArchon servers, where Tubbo shared his server knowledge.

TommyInnit mocks Tubbo in videos because of his interest and experience of hacked clients in Minecraft servers.

Toby Smith was born in England on December 23, 2003. He has dyslexia and has two sisters, Lani (born October 29, 2007 [age 13]) and Teagan, and has claimed that he dislikes being called by his first name by people who are not related to him.

The 17-years-old has not revealed much about his love life as of yet, although it is understood that he is not dating anyone and is concentrating on his career. Tubbo used to be a world-class trampolinist. Rocky, his ginger cat, is his pet. When more information becomes available, it will be provided.