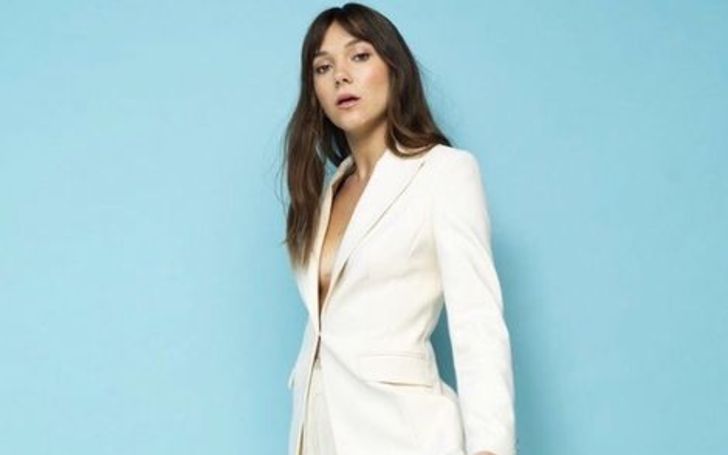 Synnove Karlsen is one of the few actresses who is becoming popular among the viewers lately. Her performance in the British series’ like Clique and Medici, made her one of the fan’s favorite. Feel free to scroll down and quench your thirst if you have any curiosity regarding her professional or private life.

Is The Beautiful Synnove Karlsen in Lovey-Dovey With Anyone?

If you are Synnove Karlsen’s male admirer, then this might sting you a little. She is currently in a relationship with someone. There is no news of her love life on the internet, but if you go through her Instagram, you will find that she has a boyfriend.

However, the details regarding the name and profession of her lover and when the two began dating is still under wraps. It seems she wants to keep that a secret.

But one thing the 23-year-old is not shy of is showing her romance to the public. The Medici star often uploads pictures with her beau for everyone to see on her Instagram. Recently, she even posted a couple of pictures of her sweetheart wishing him on his birthday, writing, “Happy Birthday pretty kitty. Love u x.”

Karlsen is alot of time occupied with her acting works, but when she is not, she spends her holidays with her family and close ones. She has a pet cat, Frank.

Synnove Karlsen has a net worth of $300,000 from her acting job so far. She is one of the rising stars on television, and her fortune will certainly increase in the coming days.

Relatively new in the acting world, she has only a few works on her name. Most notably, she rose to fans’ attention after playing the character of Carice Orsini in the series Medici. Likewise, she played in the season two and three of the Italian-British historical drama and starred alongside Daniel Sharman, Bradley James, Sarah Parish, and many other actors.

Check out the clip of Synnove Karlsen speaking in an interview of about her T.V. series Medici!

Another of her famous work is in the British thriller Clique, in which she played the main character of Holly McStay. During the two seasons of the BBC Three network show, she worked with Rachel Hurd-Wood, Aisling Franciosi, Emma Appleton, Louise Brealey, and many others.

Synnove Karlsen was born on July 30, 1996, in Glasgow, Scotland. She took her acting lessons at the London Academy of Music and Dramatic Art and also from Guildhall School of Music & Drama.

The 23-year-old has also got the chance to perform on stage at the Edinburgh Fringe. She made her acting debut in the short movie V in 2017. Additionally, her first television performance was in Clique in 2017.

The 1.67 meters tall lady’s new movie titled Last night in Soho which initially scheduled to release in 2020 is now postponed till 2021 due to coronavirus. Similarly, in the horror film, she will star alongside Matt Smith, Thomasin McKenzie, and Anya Taylor-Joy.

For more similar celebrity articles, be sure to visit the website Featured Biography!