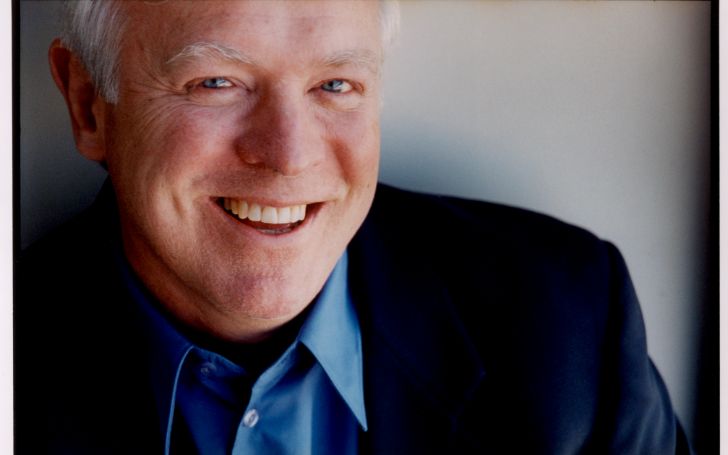 You may know Stephen Talbot as an award-winning American TV documentary producer, author, and reporter as well as a long time contributor to the PBS series, Frontline. He’s successfully been a part of more than 40 documentaries like The Best Campaign Money Can Buy, The Long March of Newt Gingrich, and many more. So, today we get a better look at the journalist’s net worth collection, career, and many more.

When it comes to finances and net worth, the esteemed journalist Stephen Talbot’s got just about nothing to worry about. He’s not only made a handsome career in journalism but also skirted towards the topic of producing, writing, and acting, all while encasing his talent out in the media. This has led him to have an extraordinarily successful career, not only professionally but also financially.

The award-winning journalist has collected a staggering net worth collection of $3 million as of 2020. His decade long career in the media and communication has led him to enjoy a comfortable earning for himself and his family. As of now, it’s quite hard to speculate his exact salary due to his range of profession but it’s surely somewhere around $70,000 per annum.

Stephen Talbot first commenced his career as an actor back in 1959 where he appeared as Gilbert on the series Leave it to Beaver. He was a part of the show for a total of 56 episodes before he abandoned his acting career for journalism. However, he did guest star in a number of television shows like Lassie, M Squad, The Blue Angels, The Donna Reed Show, The Lucy Show, and many more.

As for his journalism career, it began in the 1970s when he became a reporter and editor for a radio show named Internews. After that, he was recognized as a staff reporter and later a producer at KQED-TV, a PBS affiliate based in San Francisco. During his time in the KQED, he was known to produce award-winning shows like Broken Arrows, The Case of Dashiell Hammett, as well as local documentaries like Namibia: Behind the Lines, South Africa Under Siege, and many more.

You may also like:  All About American Journalist/TV Host Kevin Manno

Talbot is also known to be linked with the Frontline for the longest time since 1992. He made a documentary on financing the 1992 presidential campaign The Best Campaign Money Can Buy that also won a DuPont Award. He gained most of his recognition through the Frontline.

Talking about Stephen Talbot’s personal life, he’s happily married to the love of his life Pippa Gordon, a medical worker. The couple is long time lovers who tied the knot and have been together ever since.

The pair share two children, Dashiell who is now an attorney and a daughter Caitlin, a graduate with an M.F.A from American Conservatory Theater based in San Francisco. Stephen with his family lives in San Francisco. He also wrote a story about the birth of his daughter and named it Call the Midwife.