Stephanie Allynne is an actress, writer, and comedian better known for being the wife of Tig Notaro. Here are all the details you need to know about her relationship status, net worth, and early life. 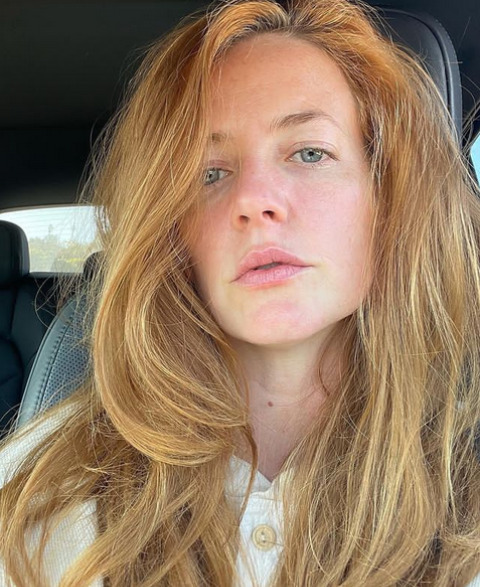 Stephanie Allynne is well-known for her marriage with Tig Notaro. Tig is an American stand-up comic, writer, radio contributor, and actress. The two first met on the 2013 movie “In a World…” set related only as co-stars.

Before being romantically involved with Tig, Stephanie always identified herself as straight and never had dated women. Hence, when she started to fall in love with Notaro, she was confused at first. After a while, Allynne realized that she needed to stop putting herself in a box, so she began owning and enjoying her feelings for Tig, and eventually, they started dating officially.

The pair got engaged on January 1, 2015. They eventually tied the knot on October 24, 2015. Their marriage ceremony took place in Notaro’s Hometown of Pass Christian, Mississippi. It was attended by many Hollywood stars like Lucy Lawless, Lake Bell, Alicia Silverstone, Sarah Silverman, and Jessica Williams.

The couple is proud parents to twin sons: Finn Notaro and Max Notaro, born on June 26, 2016. Their sons were born via surrogacy. The pair often post adorable pictures of each other on their respective social media profiles. Before dating her now-wife, Stephanie had only dated men and had never been in any long-term relationship. The small family currently resides in Los Angeles, California.

Stephanie Allynne Net Worth and Career

Stephanie Allynne is an actress, writer, and comedian. She is best known for her roles in In a World…, Dream Corp, LLC, One Mississippi, and The L Word: Generation Q. Allynne started her career in 2009 and has worked in several films and television series since then. She performs regularly at UCB Theatre, Los Angeles with ASSSSCAT, Wild Horses, and Last Day of School: The Text Message show.

The writer has appeared in many Television series, including Funny or Die, The Back Room, The League, Kroll Show, Maron, Guy Code, Love, Room 104, Indebted, Up All Night, Key & Peele, and The Midnight Show to name a few. She also wrote One Mississippi, which was loosely based on her and her wife’s lives. The actress is also a founding member of the improv group, WILD HORSES which can be seen monthly at UCB and LARGO.

The comedian has starred in numerous films like Tomorrow, Turkey Day, All Nighter, Coda, The Front Runner, Unengaged, Clown Service, Please Stand By, Donald and Jess, and The Fun Company. She has performed at San Francisco Sketchfest, All Jane No Dick Comedy Festival, The Del Close Marathon, Ron Lynch’s The Tomorrow Show, The Super Serious Show, and The Hot House Comedy Show.

The actress is currently developing an hour drama for HBO with the Duplass Brothers and co-writing and producing First Ladies for Netflix, starring Jennifer Aniston and Tig Notaro. She frequently shares her work-related posts on her Instagram profile, in which she has accumulated over 80k followers. As for the LLC star’s net wealth, she has not disclosed it, but according to the sources, her estimated net worth is $300,000.

Stephanie Allynne was born on September 19, 1986, in Claremont, California, U.S. She later moved to Buffalo, New York, where she spent most of her childhood. The now 35-year-old has not disclosed any information about her family: her parents and siblings.

After completing her high school, the LLC star attended Howard University and graduated in English Literature. When she was 18, she headed to Los Angeles and joined the Upright Citizens Brigade, an improvisational and sketch comedy group. There, the comedian upgraded different abilities in the entertainment field, including improvisational comedy.