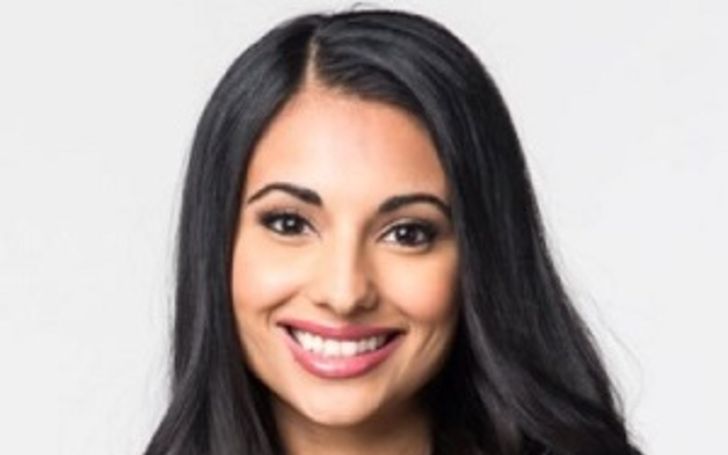 In the current time sustaining yourself and having a successful career in the journalism industry is quite a feat in it itself. However real talent always takes the cake, as proven by the versatile news reporter Sonia Sunger. She is a Canadian journalist who might know as a TV anchor on Global BC’s Global News Morning. The South Asian descent is fluent in her language Punjabi, in addition to English, and has made quite the presence through her reporting. So, let’s get to know more about her personal details, net worth collection, and career details.

Spending nearly a decade in the journalism industry certainly did wonders to Sonia Sunger, both professionally and financially. She first got prominence by working for the Global News Network BC1 ever since January 2013.

Consequently, as of 2020, she’s made herself a staggering net worth collection of $300,000 from her profession of a news anchor at Global Network. Her dedication and hard work enabled her to be in the team that successfully secured the RTDNA awards in the category of the Best Newscast Spot News and coverage of the Slave Lake wildfires back in 2011.

You may also like: David Akin’s Whopping Net Worth Details

According to our sources, Sunger makes an annual salary of around $46,829 which also happens to be the average salary of a journalist based in Global News.

Sonia Sunger might be extremely vocal about her career but she prefers to stay under the radar about her personal life. However through much research, we found out that she was engaged to the lover of her life Chris Koch and the couple made things official on September 10, 2016, in Bad Saarow, Germany. Their wedding destination was also the hometown of her husband Koch.

As for their honeymoon, the couple spent their time traveling from Germany to Greece and finally to Italy, having one of the best times of their lives. The marriage is still strong as ever and recently in May 2020, they welcomed their first baby Hugo Koch.

The announcement of the baby was made early on in Global BC and Sonia even took a break in November 2019 to prepare for the birth of her baby. Currently the family resides in Vancouver, British Columbia, Canada.

A Glimpse At Sonia Sunger’s Career

Sonia Sunger knew from an early age that journalism is what she wanted to do when she grew up. As a kid, she spent her nights watching Oprah Winfrey Show, 20/20 with Barbara Walters, 60 Minutes, and other talk shows.

As for her education, she completed her Bachelor’s in Journalism from Concordia University in Montreal, Canada. In addition to that, she graduated with honors in the Radio and Television Arts program from the Northern Alberta Institute of Technology.

Sonia got her internship at the CTV Edmonton in 2006 which later on got to be a permanent deal at the tv station. Initially starting off as a writer, she made her way to secure the position of an anchor and a reporter. She worked in the British Columbia in 2013 in the news 24 hours news channel BC1. Currently, she works as a host in Global BC’s morning show.