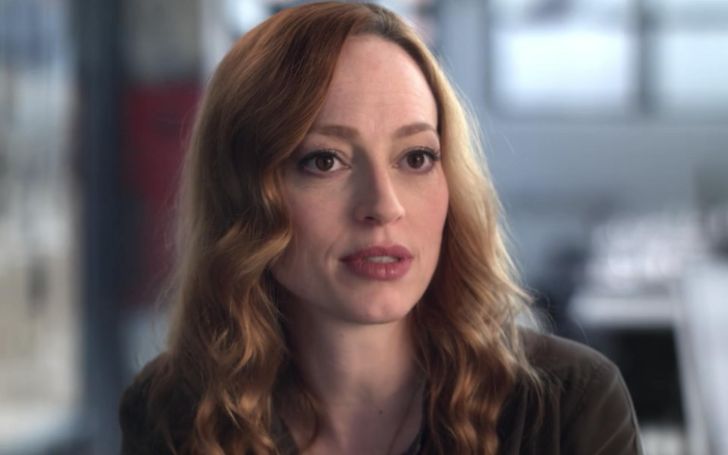 Being a journalist comes with a baggage of immense pressure and challenges from the mass audience. Despite all the hardships, Carolyn Jarvis is the epitome of woman empowerment as she makes the job look like a cakewalk. The 40-year-old’s introduction would be incomplete without mentioning that she is the chief correspondent for Global’s news magazine program 16×9. The Canadian acquired vital experience as investigative journalism and a news anchor as well. So, stay with us to know about her net worth, career, and early life.

When it comes to finances and income, Carolyn Jarvis has nothing to worry about, considering her nineteen-year-long career in the field of journalism. Specifically, she gathers a whopping net worth of $500,000 as of May 2020, which is more than enough for him to live a lavishing lifestyle with all sorts of modern-day amenities.

As the leading correspondent for Global’s newsmagazine ’16×9′, Jarvis earns around $43,800 per year, which happens to be the average salary of a news correspondent. In addition to that, she used to make a significant amount of money from her job as a producer and a news anchor in the past. However, money was never the motivation for the Canadian in getting into the media industry, but it was the objective of service instead.

Carolyn Jarvis currently has a stable job at Global’s 16×9’s chief correspondent, but the position didn’t come easy for the diva. The Canadian started her professional journey in 2001 as she was the cast member of ‘U8TV: The Lofters.’ In fact, she produced several contents and hosted shows on the Independent Film Channel before joining Weather Network in the next year.

Jarvis moved to Red Deer and worked for RDTV, the sister station of Global Edmonton, in 2004. She pushed the ranks immediately by joining Global News and being the reporter and anchor for Global Edmonton. She anchored the 6:00 News Hour edition and became the weekend anchor for Global National. In addition to that, she also served as a western correspondent for 16:9 The Bigger Picture.

While Carolyn Jarvis remains vocal about her career details, she prefers to keep a low-profile of her personal life. Thus, there is no clue whether the diva is single, married, or dating someone. Over the years, she won several awards, including multiple RTNDA Awards, and got the nomination in GEMINI Awards twice.

Speaking of her background, Carolyn Jarvis was born in North York, Ontario, in 1979. However, she moved to Richmond, British Columbia, with her family shortly after and spent her childhood in the busy city. Surprisingly, she earned a Bachelor of Music in vocal performance and moved to Toronto to pursue a career in the musical theatre but later snubbed it to get into journalism.

Also See: Get to know about Jeff Semple, his career, and net worth.