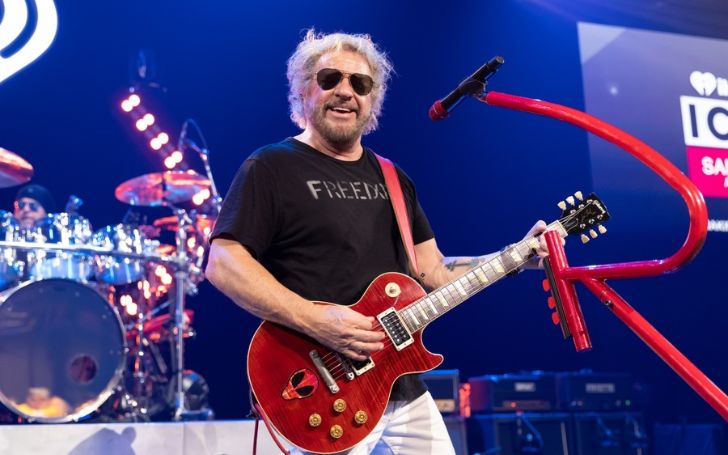 In the musical world, Sammy Hagar is quite an unforgettable name. Famously known as The Red Rocker, the American singer/songwriter and entrepreneur Hagar came to prominence in the 1970s with his hard rock, California-based band called Montrose. Although later on, he’s known to garner a huge fanbase as a solo artist and as a member of Van Halen. Today we bring fans to know some of the marvelous singers’ personal details, from his net worth to his love life and career highlights.

Samuel Roy Hager, popularly known as Sammy Hagar, has been an active figure in the music industry since 1967. Now, that’s a massive five decade of a successful career in the United States. Throughout the years, he’s garnered recognition, love, and success. In addition to that, he’s also made a whopping bank balance for himself.

Explicitly speaking, according to Celebrity Net Worth, the metal singer is worth a handsome net worth collection of over $150 million as of 2020. His stacks of greens have been collected with the help of his musical career and his entrepreneurial activities. He operated his Tequila brand under ‘Cabo Wabo’ after buying a bar in Cabo San Lucas, Mexico, in the early 1980s.

You may also like: All About American Rapper Megan Thee Stallion.

Besides these, he also owns a Sammy’s Beach Bar & Grill at Harrah’s Casino in St. Louis, Missouri, another at the Southwest Airlines terminal at McCarran Airport in Las Vegas, Nevada.

Sammy Hagar’s first take into his musical career was joining a Montrose band in 1973, which was put together by guitarist Ronnie Montrose. However, he quit the band two years later and embarked on a solo career due to internal conflicts.

The versatile singer got his breakthrough moment in the late 70s, after which he released hit albums like Sammy Hagar, Musical Chair, Street Machine, Danger Zone, Standing Hampton, and many more. He has also released singles like When It’s Love, Poundcake, Black and Blue, Won’t Get Fooled Again, Humans Being, Don’t Tell Me, and many more.

Speaking about his personal life, Sammy Hagar is not only one time but two times a married man. He tied the knot with his first wife Betsy Berardi back on November 3, 1968. The couple became parents to two sons Aaron who was born on 1970 and Andrew born on 1984. After 26 years of togetherness, they parted ways due to undisclosed reasons.

Right after a year of divorcing his first wife, Hagar married his current wife Kari Hagar on November 29, 1995. They also welcomed two girls Kama and Samantha born on 1996 and 2001.