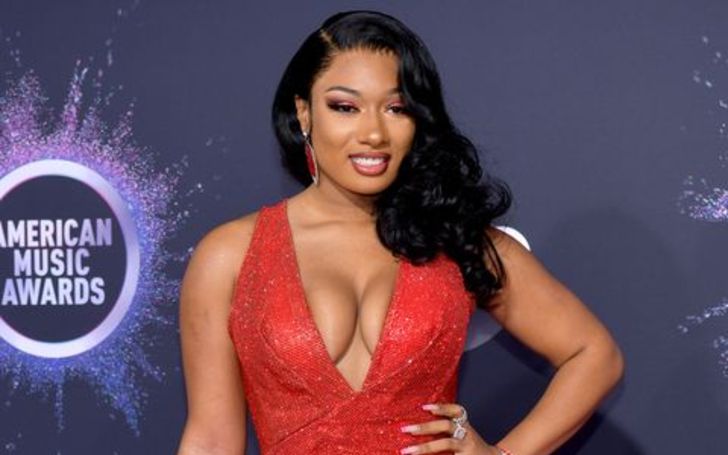 Megan Thee Stallion is the new fire in the rapping world who captivated the world with her first single ‘Big Ole Freak.’ Her recent appearance in Cardi B’s single WAP shook the world into a chain of controversies and appraisals all at once. Stallion’s southern slang and boldness quickly made her be on the hip-hop’s most wanted list. So, today we quench the thirst of fans wanting to know all the personal facts on the diva.

A Look at Megan Thee Stallion’s Growing Net Worth Collection

Did you know that Megan Thee Stallion is the first rapper female to be signed under the renowned label, 300 Entertainment? The lady rapper has made success not only professionally but also financially through her career.

Explicitly speaking, according to Celebrity Net Worth, the American singer is worth a colossal amount of $3 million as of 2020. The main contributor to her bank balance is her musical career, but another bonus is her huge internet followers on social media apps like Facebook, Twitter, and Instagram.

You may also like: All To Know About Venezuelan Model, Actress, and Entrepreneur Sharon Fonseca.

According to experts, by the rate Stallion is progressing, her financial status is expected to rise by manifolds in the coming days. As for now, she lives a lavish lifestyle through her deserved successful career.

Megan Thee Stallion started rapping from the age of 14 and finally gained popularity over the internet when a clip of her rap battle against a male opponent went viral. It got her a massive number of online fans, where she started by posting freestyles on her Instagram.

April 2016 marked the start of the 25-year-old’s professional career in music after releasing her debut single ‘Like A Stallion.’ She then released her solo debut with the mixtape Make it Hot. The song Last Week in HTx became ended up becoming her most famous single, which got millions of views on YouTube.

Known for her alter ego’s like Tina Snow, Hot Girl Meg, and Thee Hood Tyra Banks, she’s released songs like Big Ole Freak, Fever( a mixtape), Realer, Hot Girl Summer, Diamonds, Suga. One of her next famous songs was Savage, which got millions of views and recognition after a tik tok celebrity made a dance version of her song.

Megan Thee Stallion, born as Megan Jovon Ruth Pete was born on February 15, 1995, in Bexar County, Texas, USA, and raised in Houston. She’s the daughter of Holly Aleece Thomas who was also a rapper under the alias name ‘Holly-wood’. Influenced by her mother, Pete got into hip hop music and began writing raps at the age of 16.

As for her education, she completed her high school from Pearland High School, and her further college studies were completed from Prairie View A&M University. The rapper got famous during her college days and surmised huge followers in her social media which gave a huge boost to start her career.