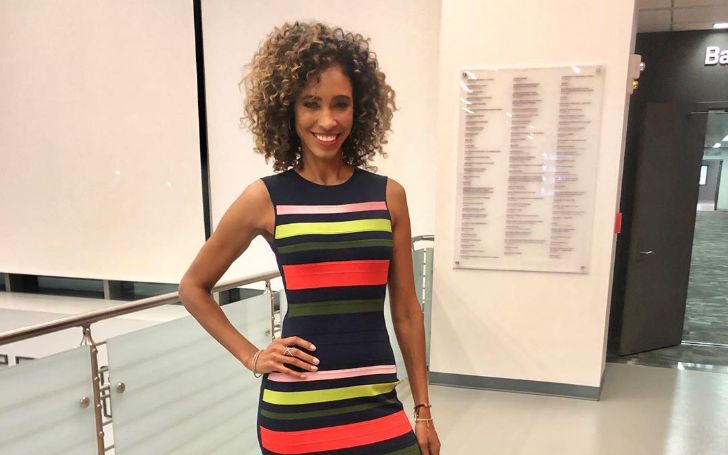 The sole aim of journalism should be service, and Sage Steele is someone who dedicated his entire career with that belief. Her introduction would be quite impossible without mentioning that she is an American television anchor who co-hosts the 6 pm (ET) SportsCenter on the reputed ESPN network. Being on television can be challenging considering the pressure and responsibility that comes with it, but the 47-year-old diva makes everything look like a cakewalk. So, today we take you close to the net worth, career, and personal life details of the charming sports reporter.

Talking about the finances and income of Sage Steele, she has nothing to worry about considering her two-decade-long career. Specifically, she amasses a staggering net worth of $1.5 million as of June 2020. With such a vast income, she enjoys a lavishing lifestyle around all sorts of modern-day amenities. Judging by her Instagram, she loves to travel to new places and explore new things.

As per estimates, Steele earns around a massive salary in the range of $54,000 to $85,000 per year, which happens to be the average salary of an anchor at ESPN. And, with the amount of her experience in producing and reporting. There are high odds that the diva makes in the upper end of that range.

Steele made a switch to ABC affiliate WFTS in Tampa, Florida, in 1998 as a sports reporter alongside Jay Crawford and Scott Hanson. Similarly, she also served as a reporter for Fox Sports Florida to cover several sports teams throughout Central Florida like Orlando Magic, Tampa Bay Lightning, and Tampa Bay Buccaneers. Steele kept on acquiring new experiences for the likes of Comcast SportsNet Mid-Atlantic as an anchor, where she reported for SportsNite.

You May Like: Grab the net worth and personal life details about Tamara Keith.

Steele embarked on her journey at ESPN in March 2007 and debuted in SportsCenter. Interestingly, she did reveal that she had the opportunity to work with the network in 2004, but denied it as she was pregnant back then. Over the years, she also hosted NBA Countdown on ESPN and ABC from 2013-14 to 2017.

Talking about the background of Sage Steele, she was born on November 28, 1972, in the Panama Canal Zone. In fact, she belonged to the African-American and Irish/Italian descent into an American army family. The 47-year-old moved to several countries like Greece and Belgium with her family before finally moving to Colorado Springs, Colorado.

For her education, she went to Thomas B. Doherty High School for two years before going to Carmel High School as a senior in 1990. Likewise, the ESPN sportscaster completed his graduation from Indiana University Bloomington in 1995 with a Bachelor of Science degree in sports communication. Steele prefers to keep a low-profile of her love life, but we do know that she has three teenage children named Quinn Bailey, Nicholas Bailey, and Evan Bailey. She tied the knot with Jonathan Bailey on 30 October 1999 in an intimate wedding ceremony.

You May Like: The Net Worth and Career Details of Hadas Gold.