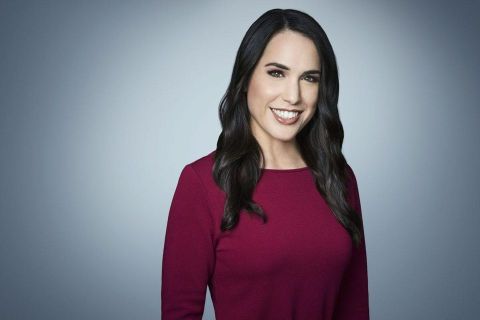 Being a reporter in the journalism sector can be extremely challenging, considering the pressure and responsibility that comes with it. Despite all the troubles, Hadas Gold is someone who makes the task look like a cakewalk with her charisma, talents, and immense hardwork. Her introduction would be quite incomplete without mentioning that she is a media and business reporter for CNN and CNN International based in London. With almost a decade into the industry, she not just amassed a colossal fortune but also rose to prominence. So, stay with us to grab all the details about her net worth, career, and married life right here.

Hadas Gold’s Net Worth In Six-Figures

While talking about her finances and income, Hadas Gold has nothing to worry about considering her stable job at CNN and CNN International. Specifically, she gathers a whopping net worth of $500,000 as of June 2020. The 32-year-old still has many good years to offer, which means that her net worth is bound to grow and touch the $1 million mark very soon.

After five years at Politico, she decided to sign for CNN to report on politics, media, and global business. In fact, her works received recognition as the ‘most influential media reporters’ by Mediaite. Besides that, she is also a member of the National Council for the George Washington University School of Media and Public Affairs.

While Hadas Gold reveals almost everything about her professional journey from top to bottom, she prefers to keep her romantic side in a low-profile. The 32-year-old is a married woman and couldn’t be happier. In fact, she tied the knot with economist Christopher Alex Hooton in 2017. The lovebirds exchanged their vows in an intimate wedding ceremony in Scottsdale. Three years into their marriage, the pair are blissfully together but haven’t welcomed any children yet.

Speaking of the journalist’s background, Hadas Gold was born on February 25, 1988, to a Jewish family in Tel Aviv, Israel. Being a Jewish led her to be a target of many anti-semantic threats, tweets, and emails alongside other Jewish journalists like Jeffrey Goldberg and Jonathan Weisman. While her father is an Israeli Defense Forces Forces and a project manager for a drug company, her mother is a Hebrew teacher.

Also See: The Net Worth and Career Details of Eliana Johnson.

Gold moved to Scottsdale, Arizona, at the mere age of 3 and grew up in the city. For her education, she went to Desert Mountain High School and graduated in 2006. Likewise, she acquired her B.A in journalism and M.A in media and public affairs from George Washington University. Surprisingly, she started working at University level itself as a news and feature editor at The GW Hatchet.