Skip to content
Home » Entertainment » How Much is Ryan Serhant’s Net Worth Collection as of 2021? Have a Complete Look

How Much is Ryan Serhant’s Net Worth Collection as of 2021? Have a Complete Look 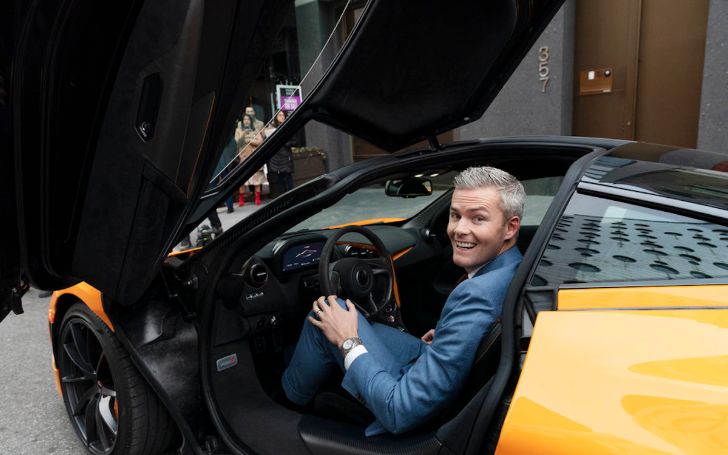 Ryan Matthew Serhant is a real estate broker, author, and television personality from the United States. He is currently a cast member on Bravo’s Million Dollar Listing New York and its spin-off Sell it Like Serhant.

The reality star was born in Houston, Texas, and raised on the North Shore of Massachusetts in Topsfield, Massachusetts, where he attended the Pingree School. Serhant attributes his early work ethic to his father, John Serhant, Vice Chairman of State Street Global Advisors.

What is Ryan Serhant’s Net Worth Collection as of 2021?

Ryan Serhant is a $30 million net worth American actor, real estate agent, reality star, and author. He began his professional acting career as Evan Walsh in 19th episode of the popular soap opera “As the World Turns” from 2007 to 2008. Later, he shifted his focus to real estate, and in 2012, “The Real Deal” magazine ranked him as the 15th most successful real estate broker in New York.

Ryan Serhant began his real estate career shortly after the subprime mortgage industry collapsed in 2008, and he only earned $9,000 in his first year. Fortunately for Ryan, things improved after another year of hard work, and he sold an $8.5 million home. He later rose to the managing director and executive vice president of Nest Seekers International, where he had been employed since 2008.

The Actor founded the Serhant Team, a brokerage firm with over 60 employees in New York City, Los Angeles, Miami, New Jersey, and the Hamptons, in 2012. “The Serhant Team has done over $4 billion in sales, has sold more than 80 new development projects across New York, Los Angeles, and Miami, and has broken price-per-square-foot records across the city,” according to Serhant’s official website.

The 36-years-old launched the real estate firm SERHANT in the fall of 2020, and some of the firm’s notable sales include a $33 million Miami penthouse and a $69 million home on New York’s Madison Avenue.