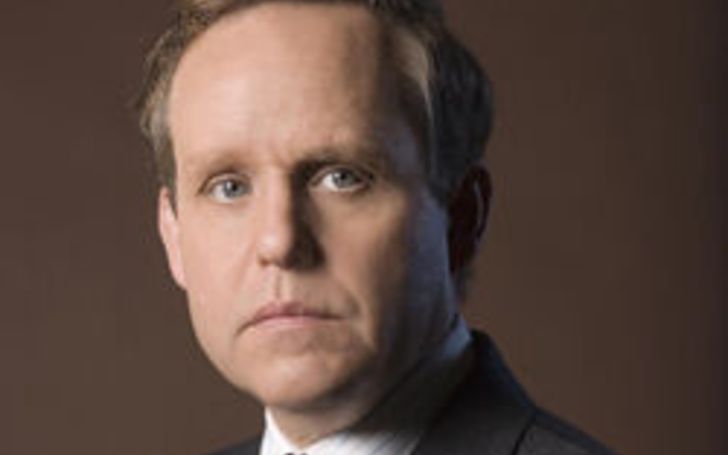 Peter MacNicol rose to prominence as an actor and voice artist. His work, as Janosz Poha in the movie Ghostbuster 2 (1989), is famous within the crowd. Further, he had played several roles in films like Dragonslayer (1981), Stingo (1982), and Bean (1997). Besides professional success, he also found peace in his personal life. The veteran actor is happily married to his wife, Martha Sue Cummings. Let’s learn more about him in today’s article.

Net Worth Collection of Peter MacNicol

According to Celebrity Net Worth, Peter MacNicol holds an impressive net worth of $5 million, as of October 2020. He managed to hit the millionaire tagline from years of successful works in the movie industry.

The award-winning American actor MacNicol lifelong investment in an acting career as an actor and voice artist really paid him well. He is in the show business since 1978 and still active in doing what he is good at. Until today, he has done several theater works, movies, and series. In addition to that, he worked in different animation projects as a voice actor.

As we mentioned earlier, Peter MacNicol stepped into show business back in 1978. He began his career as an actor working in theatre. Gradually, he improvised and started working on cinematic projects.

MacNicol’s first work on-screen was in the film Dragon Slayer in 1981. Since then, he made a regular appearance in several movies and series, including Sophie’s Choice (as Stingo), Johnny Bull (as Joe Kovacs), Ghostbusters II (as Dr. Janosz Poha), The Powers That Be(as Bradley Grist), Dracula: Dead and Loving It (as Renfield), Ally McBeal (as John Cage), and Chicago Hope (as Alan Birch).

Except for acting in the movies and TV shows, MacNicol also worked behind the screen as a voice artist in numerous outstanding cartoons and video games. Some of his works include Stuart Little 3: Call of the Wild (as Troopmaster), Danny Phantom (as Sidney Poindexter), The Batman (as Dr. Kirk Langstrom), The Spectacular Spider-Man (as Dr. Octupus), and Ben 10: Ultimate Alien (as Oliver).

Who is Peter MacNicol’s Wife

If we talk about MacNicol’s wife’s professional life, she is reported to be active in social work. She runs a non-profit organization. Precisely, she helps inner-city children to pursue higher education and also assists in college scholarships. Further, the beauty is invested in providing acting training for homeless children.

Peter MacNicol was born on April 10, 1954, in Dallas, Texas. Further, his parents raised him in his hometown alongside his four siblings. One of whom is his sister named Becky MacNicol-Gregory.

MacNicol mother, Barbara Jean, was a homemaker, and his father, John Wilbur Johnson, was a Norwegian-American corporate executive who became an Episcopal priest later in life.

What is the name of Peter MacNicol’s sister?