Skip to content
Home » Entertainment » Here All To Know About Paige Hemmis’ Married Life, Who is Her Husband?

Here All To Know About Paige Hemmis’ Married Life, Who is Her Husband? 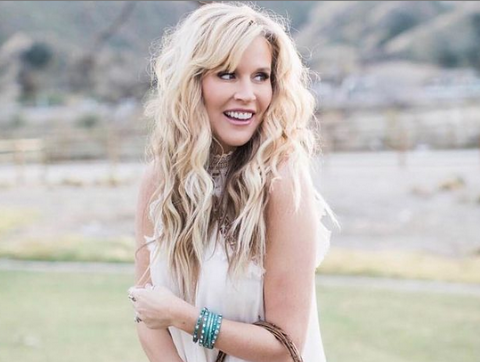 Paige Hemmis is a television personality and entrepreneur from the United States. Her full name is Paige Kristina Huff, and she was born on March 17, 1972. Paige Hemmis is her professional name because of her first married name. She is best known as the host of Extreme Makeover: Home Edition on ABC.

Paige was born and raised in Wisconsin, USA, and graduated from the University of California with a Bachelor of Arts degree in Psychology and Theology. She had appeared on television even before she began her career in television. It happened when she was interviewed as a witness to the Tupac shooting. In this article, we’ll look at the celebrity’s married life, her husband, and business inspiration.

Paige Hemmis has been married twice. Her first marriage did not work out. Her first marriage was to Russ Hemmis. Because Russ is not a media personality, little is known about him. There is no information on the wedding date of the ex-couple. They divorced in 2005, a few years into their marriage. The reason for the divorce has not been revealed.

The TV show host suffered from depression in 2004, and her divorce from Russ was cited as one of the main causes. After her first divorce, she remarried Jason Short, with whom she is still happily married. Jason is a well-known vocalist from the pop-opera group ARIA. On June 22, 2015, the couple exchanged wedding vows.

The couple’s wedding was telecasted in a prime-time television special on Hallmark Channel. In 2021, they celebrated their sixth wedding anniversary. They haven’t had any children yet. They presently live in Los Angeles, California. Hemmis frequently posts photos of herself with her husband on her Instagram account.

Paige Hemmis has previously suffered from depression due to her difficult first marital life. However, her difficult marriage provided her with something wonderful: a business idea. During the planning of her first wedding, the now 49-year-old experienced lots of issues.

Paige decided to start a wedding planning business after being inspired by the problems she faced during her first wedding. Simply Elegant Weddings is the company’s name. It was founded in 2001. The company has grown to be very successful, and some of the weddings she has planned have even been featured in Los Angeles Magazine, Inside Weddings, and Modern Bride.

As a result of her involvement with wedding plannings, the now 49-year-old eventually became involved in assisting people in finding and purchasing their first home. She launched her second company, Rent to Own Investments, which assists people in finding and purchasing a home. The company purchases houses, renovate them and then sells them to first-time home buyers.