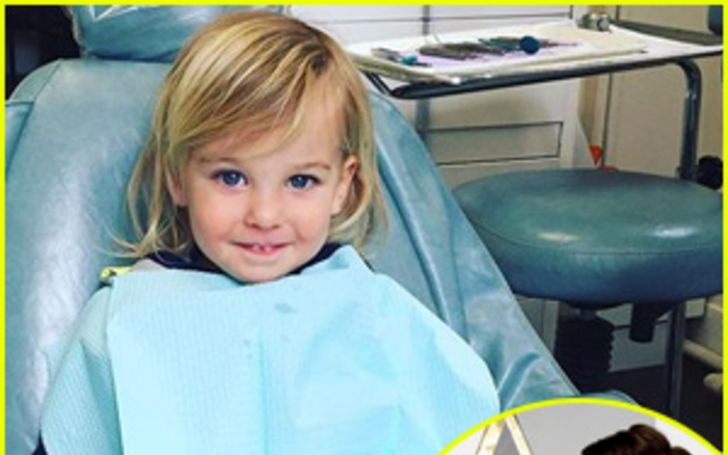 Otis Sudeikis is the celebrity child of American actress Olivia Wilde and her fiance Jason Sudeikis. He’s an adorable six-year-old who easily found popularity all to the courtesy of his popular parents, both of whom are involved in the entertainment industry. You can call it perks or cons, but celebrity child popularity is a given when you’re born to famous parents. So, today we take you to get a closer look at some details on Otis Sudeikis.

The elder son of Jason Sudeikis and Olivia Wilde might be too young to garner a steady net worth collection in any kind since he’s just a six-year-old kid. Only time will tell if he’ll follow the path of his parents, even for that the kid’s got plenty of time to make a career.

Although it looks like the celebrity child is already into fame, as he made news recently for his quirky comment. Apparently, his father was born without the ability to smell and little Otis said that his father’s got a Lego up his nose.

Related: Know the net worth and career of Phil Dunster

Talking about the net worth collection, the child’s got nothing to worry as his parents have already made a handsome fortune for themselves. Actress Wilde has a net collection of $20 million and comedian Sudeikis has a collection of $10 million as of 2020.

The young kid’s parents Jason and Olivia both weren’t each other’s first preference, to begin with. Otis’s mother Olivia was previously married to her first husband Tao Ruspoli at the age of 19. Her ex-husband was an Italian filmmaker and a musician. The couple divorced back in 2011.

As for Otis’s father, he was also previously married to a screenwriter Kay Cannon after five years of togetherness. However, they also separated due to irreconcilable differences in 2008. After a couple of years, both the media personalities happened to stumble upon each other due to work-related events and started going out.

You may also like: Celebrity Child Shepherd Mclaughlin Net Worth Collection

Since 2011, the couple is together. They only engaged in 2013. They are yet to make things official but it seems like the family is content where they stand as of now and there are no troubles between them.

Otis Sudeikis might be privileged to be the child of his famous parents, but he isn’t the only one. While he was born in 2014, his younger sibling Daisy Sudeikis was born in 2016.

The siblings certainly got the genes from their parents as they couldn’t be any more adorable that they already are now.