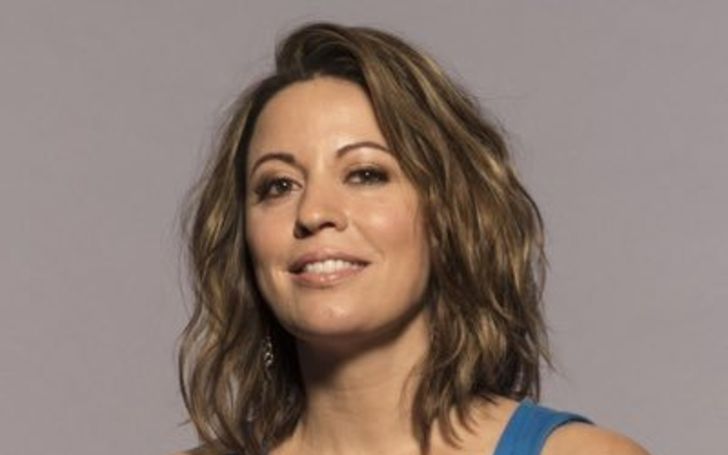 Kay Cannon is a beautiful American actress and director who is best known for her film series Pitch Perfect(2012-2017). The versatile actress has surely left her mark as a multi-talented artist, with producing and writing Pitch Perfect series, directing comedy movie Blockers and many more. So, today we take a deeper look at her, net worth collection, professional career, and her personal life.

For a well-established actress like Kay Cannon finances and net worth are never a big deal, thanks to her successful career in the entertainment industry. To date, she’s made a name for herself not only professionally, but also financially. Specifically speaking, according to Celebrity Net Worth, she’s garnered a net worth of $10 million as of 2020.

Apparently the versatile actress earns a salary in the range of $2 million-$5 million yearly. Myriad of other works like television writer, advertisements, cameo appearances, etc adds up a significant amount to her wealth. She enjoys her earnings with her family filled with all sorts of modern amenities.

Recommended: Know the net worth and career of Brett Goldstein.

Cannon has also been a part of blockbuster movies like Pitch Perfect which earned $115.4 million worldwide, How To Be Single that collected a total $112 million box office, Blockers, and many more.

Performing at ComedySportz after her training at The Second City, ImprovOlympic, and ComedySportz, Kay finally kick-started her journey in the movie industry. She appeared in tons of other works like The Little Tin Man, New Girl, How To Be Single, Cristela, and many more.

In 2008, Cannon wrote the comedy series 30 Rock for which she won Writers Guild Of America Award for Best Comedic Series Three times followed by a nomination for an Emmy Award. In the same year, she was a co-producer on the feature film Baby Mama and continued her work by becoming a co-executive producer of the series New Girl, and a writer of the short-lived Netflix series Girlboss.

The 45-year-old also became the talk of the town after she produced the a capella comedy Pitch Perfect on 2012 followed by writing and co-producing the sequels of the film, Pitch Perfect 2 and Pitch Perfect 3. With the film Blockers, Kay made her directorial debut which turned out to be a success.

Talking about Kay Cannon’s personal life, she is in a committed marital relationship with a comedy writer Eben Russell. The two of them tied the knot back on 1st January 2012 after two years of relationship. As of 2020, they’ve completed 10 years of togetherness.

The pair share a lovely daughter named Evelyn Rose, born on October 2013. She was previously married to Jason Sudeikis in 2004; however, the relationship was called off after five years due to irreconcilable differences.